The male-dominated world of business has always been reflected in the world of business education. Despite years of talking about improving equality in this sector, there are still disparities in the numbers of men and women admitted for MBAs, and in their career progress after leaving business school.

We can now track how much progress is being made, using data collected for the FT global MBA rankings. Ahead of the 2022 rankings, published on February 14, we have pulled together a snapshot of how women have fared, at business school and beyond, using data from the past 15 years.

Every year, our information comes from those people who finished their programmes three years previously, to assess different aspects of the course they completed, as well as the uplift in their salaries and careers once they have an MBA. Business schools also provide data related to faculty, enrolment and programme information.

Since 2007, the percentage of women on MBA courses has increased from 17 to 31 per cent. The percentage of female faculty members and female students has also gone up dramatically.

In recent years there has been a push for business schools to be more responsible in terms of teaching — with a focus on purpose rather than profit maximising — and to incorporate sustainable development goals (SDGs) into the business education culture. One of the SDGs is to achieve gender equality.

In the UK a woman earns 87p for every £1 a man earns and worldwide the pay gap is even larger. On average it is estimated that a woman makes 77 cents for every dollar a man makes. We wanted to see whether the pay gap was still substantial for MBA graduates, given that they are professionals who have greater access to business networks and job opportunities.

The percentage pay gap for MBA alumni is 15 percentage points less than the estimated worldwide average of 23 per cent, despite the substantial difference in actual salary figures.

The median base salary of MBA alumni in ranked schools three years after graduation in 2007 was $109,209 for males and $92,000 for females. The difference in pay was $17,209, which equates to female alumni earning 16 per cent less than males.

The pay gap reduction after completing an MBA programme in recent years can be attributed to the improved base salary increase that female alumni receive — measured from the time before the programme until three years after they complete the degree. The percentage salary increase of female alumni has been greater than their male counterparts in four out of the past seven years (2016, 2017, 2020 and 2021).

These are the only years since 2006 during which the salaries of female MBAs have increased at a greater rate than those of men.

In every year since 2006, male MBA graduates have, on average, risen far more quickly, and to more senior positions, than their female peers. 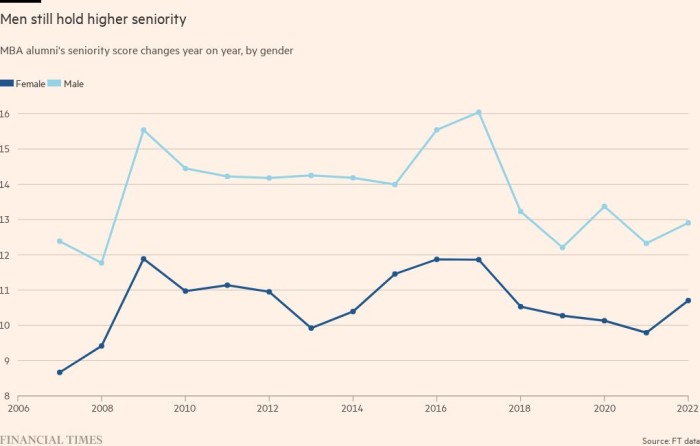 Lack of women in the finance sector

The split of graduates in the most popular employment sectors for MBAs was heavily weighted to men in 2006 and this has not changed. By 2022 we find alumni working across a much wider spread of sectors, but men are still a lot more likely to be working in finance, consultancy or tech. 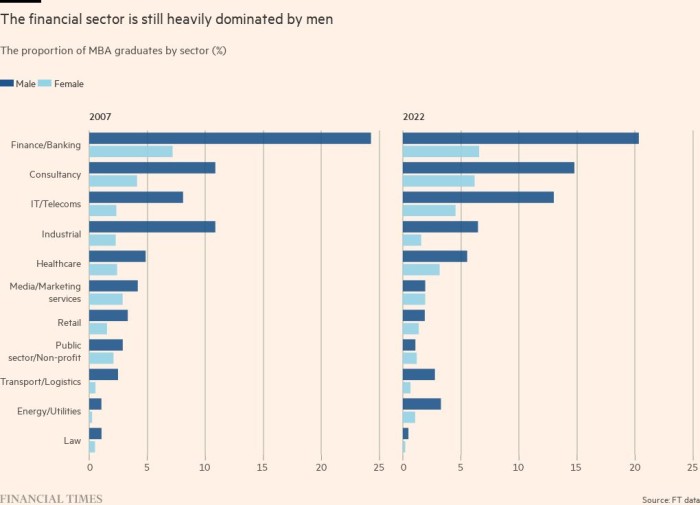 Motivations are the same for men and women

Individuals’ motivations for starting an MBA programme have not changed since 2006: many want increased earnings and management development. The percentage of alumni who achieve these aims after their MBA is also very high. The difference between the sexes is small in this respect. 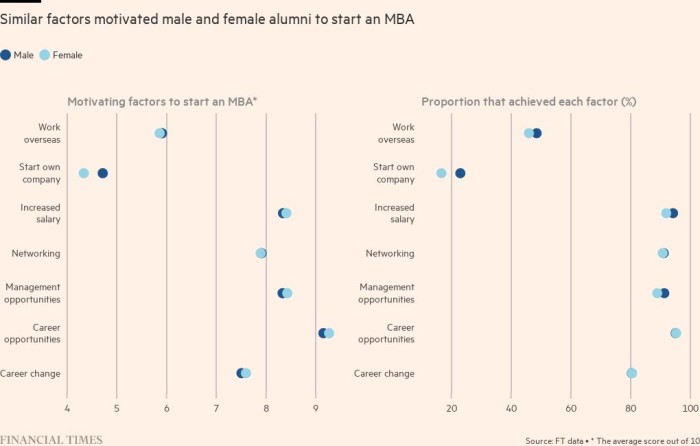 While the number of women in senior roles is increasing, there’s much more work to be done. Gender balance benefits everyone and business schools must play their part.

Mastering transparency in the forex market

How one insurance company is making sustainable changes in Taiwan

Morocco welcomes back visitors – and investors

A bright future for pensions in Mexico