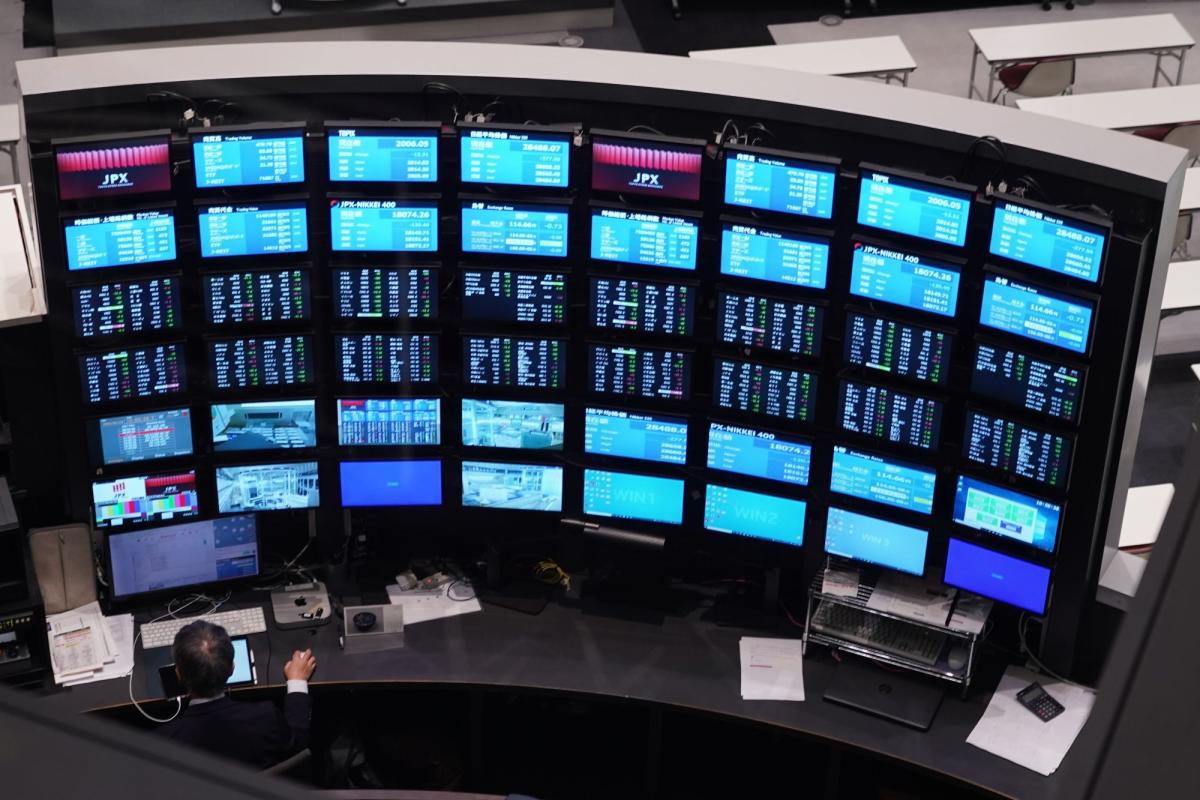 (Bloomberg) — Wall Street equity futures edged lower while European stocks rose as investors assessed prospects for less-aggressive rate hikes amid easing inflation pressures and looked forward to earnings from major banks for insights on the state of the US economy.

S&P 500 contracts fell 0.3%, while those on the Nasdaq 100 dropped 0.5%. Tesla Inc. slumped in premarket trading after slashing prices, dragging shares in other carmakers lower. Delta Air Lines Inc. fell after its earnings forecast missed estimates. European stocks gained, set for their strongest performance in the first two weeks of January on record.

Japan’s 10-year bond yield spiked above the Bank of Japan’s 0.5% ceiling amid speculation the BOJ will review the side effects of its ultra-loose monetary policy. The yen extended gains after its 2.5% rally Thursday.

The Federal Reserve is on track to downshift to smaller interest-rate increases after figures Thursday showed a further cooling in inflation. Fourth-quarter reports later from JPMorgan Chase & Co., Citigroup Inc., Bank of America Corp. and Wells Fargo & Co. will be parsed for their commentary around the threat of a recession in the world’s biggest economy.

“The more favorable inflation print could allow the Fed to hike by 25 basis points next month rather than the more aggressive hikes it has been using up until now,” Mark Haefele, chief investment officer at UBS Global Wealth Management, wrote in a note. “But despite this positive outcome, we continue to believe it is too early for an imminent Fed pivot and the conditions are not yet in place for a sustainable equity rally.”

Meanwhile, Bank of America strategists said US stocks are poised for a fresh slide before ultimately rallying in the second half of the year when economic conditions stabilize. Investors are positioned for the S&P 500 to tumble nearly 10% before rallying by 17%, strategists led by Michael Hartnett wrote in a note.

Traders looked past initial disappointment with Thursday’s in-line US consumer price index to focus on the idea that aggressive monetary policy may be gradually achieving its desired results. The swap market is showing less than 50 basis points of tightening priced in for the next two Fed gatherings: a small chance of no move at all in March.

Some US officials have signaled openness to making a 25 basis-point rate increase right at their next meeting, while also stressing the Fed still has more work to do to tame prices — and not anticipating any rate cuts this year.

Elsewhere in markets, oil headed for a weekly gain and gold was set for a fourth weekly advance after breaching the $1,900-an-ounce mark in the wake of the release of the US inflation data.

–With assistance from Farah Elbahrawy and Tassia Sipahutar.

2023-01-13
Previous Post: Academic alliances aim to put purpose and planet at core of curricula
Next Post: Your Tax Refunds May Be Smaller This Year