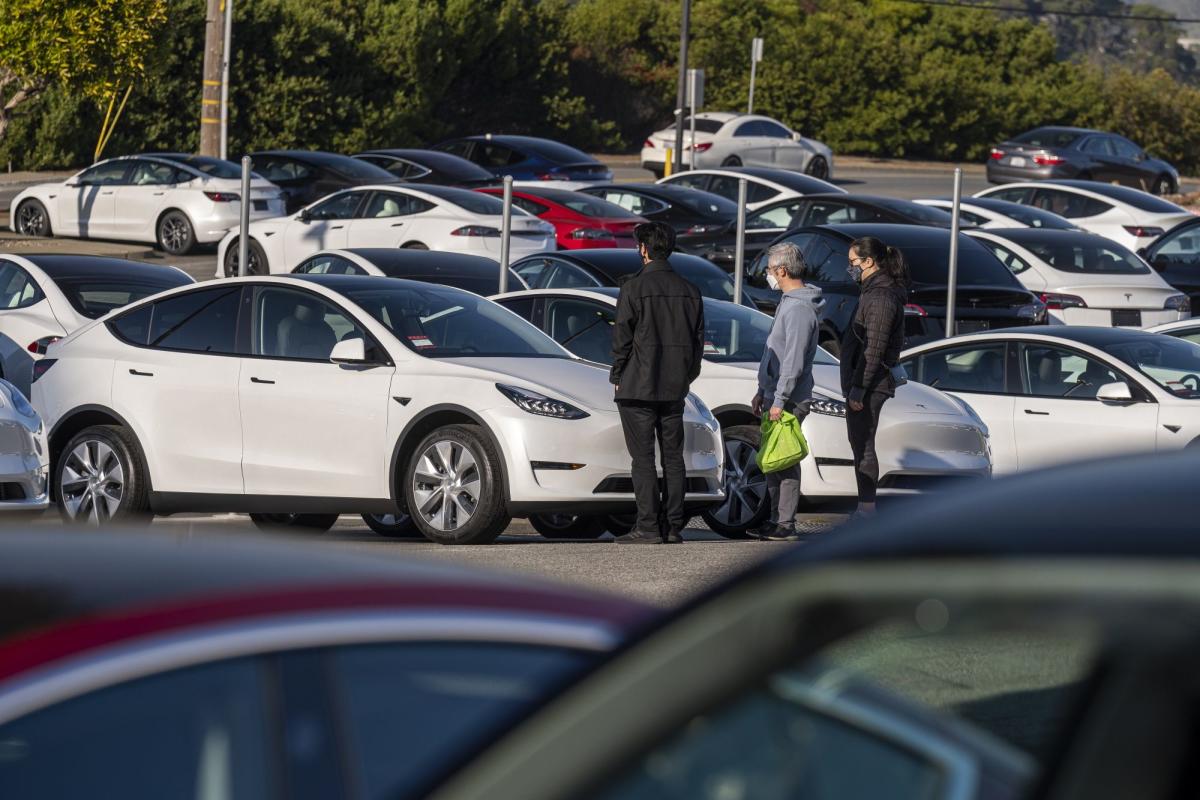 Revenue rose to $21.5 billion, the company said in a shareholder letter Wednesday, compared with analysts’ projections of $22.1 billion. Profit excluding some items rose to $1.05 a share, exceeding the $1.01 average of estimates compiled by Bloomberg.

Investors are paying close attention to how quickly Tesla can increase output of its mass-market Model Y SUV from new factories in Austin and Berlin — a key milestone for the pioneering EV maker. Tesla cited higher costs related to a slower-than-expected ramp up in output at the new factories, as well as difficulties shipping vehicles.

“Tesla is a company that typically has been beating numbers,” said Gene Munster, managing partner of Loup Ventures, a venture capital company. “The reaction you’re seeing is that people are a bit taken aback by the fact that they missed.”

Tesla shares were down 3% to $215.29 at 4:19 p.m. in New York after the results were announced. They have declined 37% this year against the backdrop of Musk’s $44 billion bid to buy Twitter and concerns over a slowing economy, higher inflation and rising interest rates.

The Austin, Texas-based company is sticking to its long-held plans to increase vehicle deliveries by 50% on average annually over multiple years. It expects to begin delivering the new Semi Truck in December.

In April, Chief Executive Officer Elon Musk said Tesla would produce more than 1.5 million vehicles this year. The company has made 929,910 through the first three quarters — and needs to crank out more than 570,000 in the fourth quarter to meet that target. It produced 305,840 vehicles in the final three months of 2021.

Tesla’s automotive gross margin narrowed to 27.9% in the quarter, falling short of the 28.4% average of estimates.

Income from the sale regulatory credits — used by other automakers to offset greenhouse gas emissions — were $286 million for the quarter, the lowest in a year. Tesla has said it expects such revenue to shrink over time as competitors launch more EVs to comply with emissions regulations and meet growing demand.

–With assistance from Graham Starr.