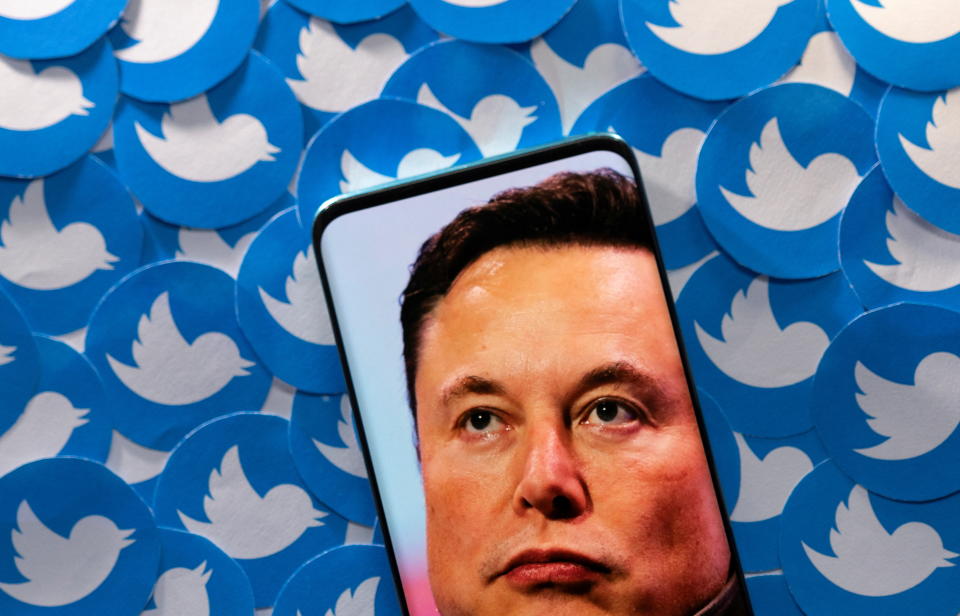 The S&P 500 tumbled 1% early into the session, while the Dow Jones Industrial Average slid 275 points, or 0.9%. The technology-heavy Nasdaq Composite declined 1.3%.

Wednesday’s moves come after the benchmark S&P 500 surged 5.7% in the past two days – its largest back-to-back gain in more than two years. Carson Group’s Ryan Detrick points out that advance marks the best start too a new quarter since Q2 of 1938.

The Dow Jones Industrial Average added 1,500 points since Monday, a climb that placed the index back above its key 30,000 level and out of a bear market, now only 18% below its recent high as of Tuesday’s close. The technology-heavy Nasdaq Composite soared 5.6% over the same two-day span.

Shares of Twitter (TWTR) dipped 2.5% early into the session after a 22% spike on Tuesday that came after Tesla (TSLA) CEO Elon Musk apparently agreed to purchase the social media platform at his original proposed price of $54.20 per share. The bid came days before he was expected to be deposed as part of Twitter’s lawsuit.

An image of Elon Musk is seen on smartphone placed on printed Twitter logos in this picture illustration taken April 28, 2022. REUTERS/Dado Ruvic/Illustration

Elsewhere in markets, U.S. Treasury yields nudged higher across the board after retreating, and the U.S. dollar index also inched up after its fifth straight decline on Tuesday. The dollar has now “round-tripped” its post-FOMC meeting surge and is back to where it was on Sept. 6., per data from Bespoke Investment Group.

On the oil front, OPEC+ is considering its heftiest production cut since 2020 – of 2 million barrels a day – ahead of an expected meeting in Vienna. U.S. officials are pushing back against the move. West Texas Intermediate (WTI) crude oil futures ticked down slightly but continued to trade above $86 per barrel.

While the start of a fresh month and quarter gave markets a reprieve from vicious September selling across both stocks and bonds, many strategists are skeptical the rally can sustain momentum with officials still on pace for further policy tightening and what’s expected to be a grim earnings season ahead.

“Early October optimism is still seeping through financial markets, with hopes rising that the relentless hikes in interest rates by the Federal Reserve could slow and even soon reverse,” Susannah Streeter, senior investment and markets analyst at Hargreaves Lansdown said in a note.

“Investors are clinging onto every shred of evidence which may point in this direction, such as US job vacancy stats which dropped sharply in September, but there is still every chance that the rays of light they are glimpsing will be eclipsed by a fresh determination by policymakers to stay the course on rate rises until inflation is brought down considerably further.”

Labor and manufacturing data this week helped stoke the renewed optimism around a policy pivot this week. Figures from the Institute for Supply Management (ISM) on Monday showed U.S. manufacturing grew at the slowest pace in two and a half years. And the Labor Department said in its monthly Job Openings and Labor Turnover Survey (JOLTS) that job openings dropped 1.1 million to 10.1 million on the last business day of August.

LPL Financial Chief Economist Jeffrey Roach indicated the data is unlikely to deter policymakers from another sizable bump to the Fed’s benchmark interest rate in November, as “the labor market moved from ‘extremely tight’ to just ‘very tight.’”

The Labor Department’s all-important monthly jobs report due out Friday morning will be the more critical economic release for investors to assess. Economists expect nonfarm payrolls rose by 250,000 last month, per consensus estimates from Bloomberg.