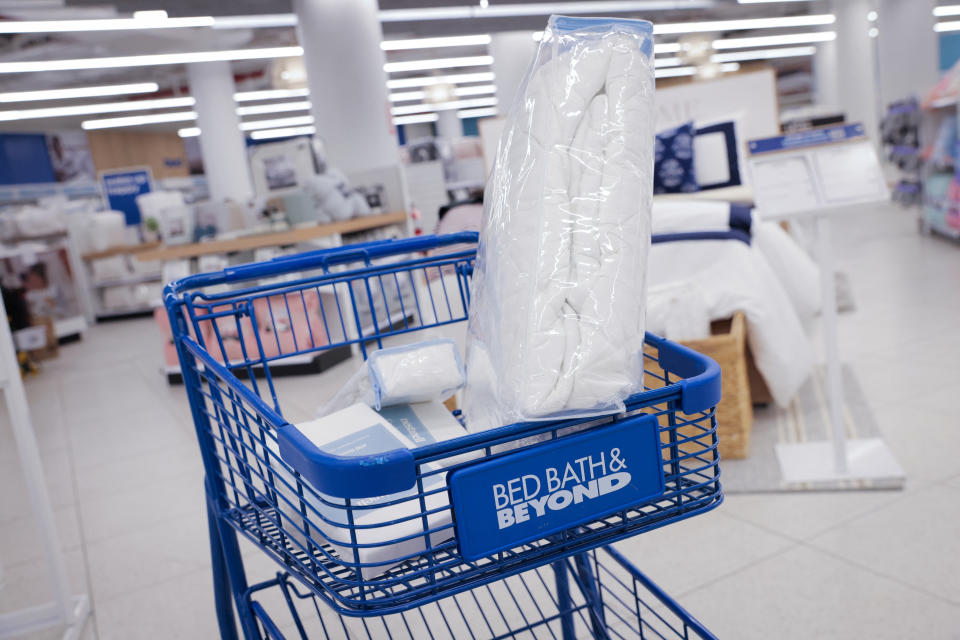 The benchmark S&P 500 fell 0.3%, while the Dow Jones Industrial Average declined by the same margin, or about 100 points. The tech-heavy Nasdaq Composite was off by 0.5%. The moves come after three straight weeks of losses for the major averages.

“The market will enter the first full week of September looking to snap a three-week losing streak as investors continued to digest the Fed’s ‘we will not be sidetracked’ inflation-fighting message,” Chris Larkin, managing director of trading at Morgan Stanley’s E*TRADE said in a note Tuesday.

“Bulls hoping for a rebound will be doing so during a shortened Labor Day week that historically has paralleled September and its track record of underperformance: Losses have been slightly less frequent over the past three decades, but volatility has been higher.”

Treasuries ticked higher as investors await the Federal Reserve’s next policy move later this month. The benchmark 10-year note climbed to 3.269%, while the 2-year Treasury note rose to yield 3.449%.

Oil prices edged lower after a temporary rally on the heels of the first supply cut by OPEC+ in more than a year as the group works to manage global crude markets. West Texas Intermediate crude oil fell 0.5% to $86.44 per barrel while Brent futures ticked down 0.2% to $92.81.

In cryptocurrency markets, Bitcoin (BTC-USD) again slipped below the $20,000 level.

Shares of Bed Bath & Beyond (BBBY) plunged nearly 13% at the start of the session Tuesday morning. Last week, the home-goods retailer announced in a strategic update that it would lay off staff and shutter approximately 150 stores as part of a turnaround effort for its struggling business.

Reports surfaced this weekend that the company’s chief financial officer Gustavo Arnal died by suicide Friday afternoon after falling from a skyscraper in New York’s Tribeca area known as the “Jenga” tower. Prior to his death, Arnal was named in a $1.2 billion shareholder lawsuit alleging involvement in a “pump and dump” scheme.

“The company is in the early stages of evaluating the complaint but based on current knowledge the company believes the claims are without merit,” a spokesperson for Bed Bath & Beyond told Yahoo Finance.

Tuesday’s moves come after the Labor Department released its latest monthly jobs report for August on Friday. The U.S. economy added 315,000 jobs last as the unemployment rate rose to 3.7%, according to government data.

“The modest slowdown in employment growth in August may be welcome by the Fed, but it won’t prevent further sizable rate hikes in the months ahead,” Nancy Vanden Houten and Kathy Bostjancic of Oxford Economics said in a note Friday. “Fed Chair Powell made clear last week that the FOMC plans to push rates well into restrictive territory to bring down inflation and prevent an unmooring of inflation expectations.”

Bank of America strategists led by Michael Hartnett warned on Friday of a “fast inflation shock” and “slow recession shock,” with investors anticipating continued monetary tightening by the Federal Reserve.