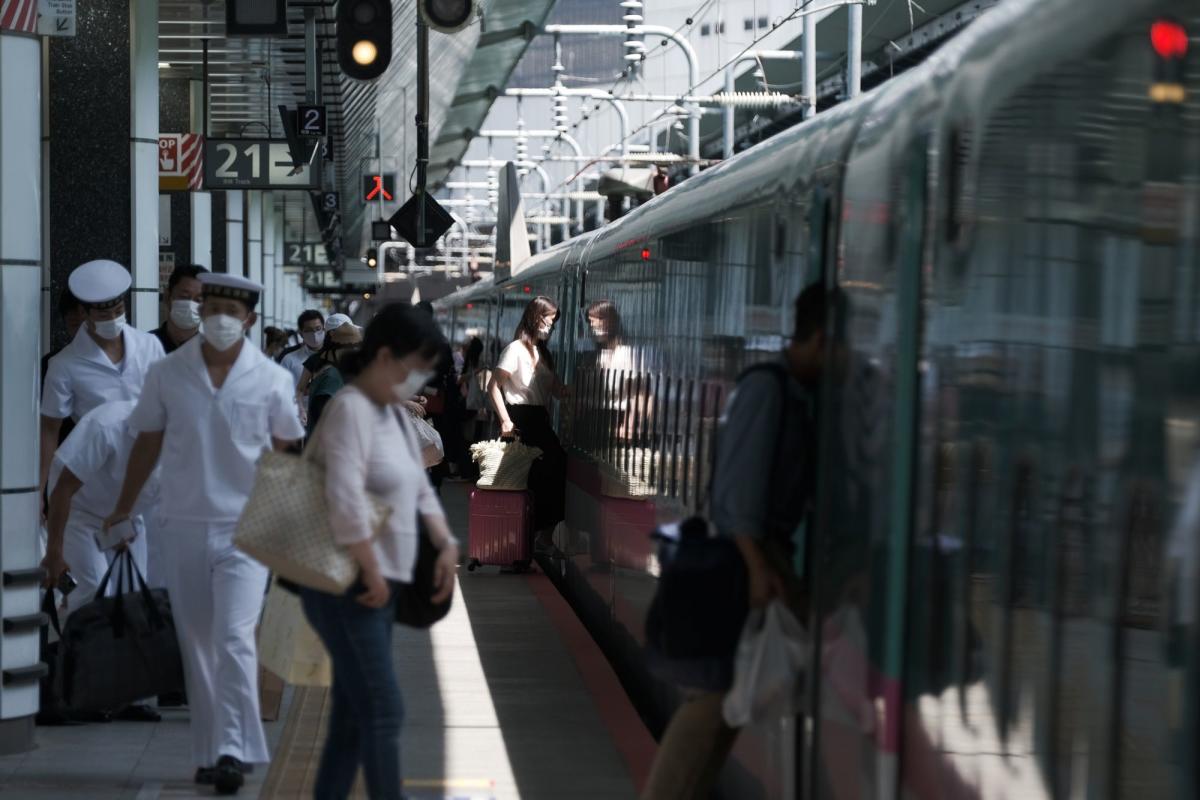 (Bloomberg) — Stocks dropped as Treasury yields continued to climb, with traders betting the Federal Reserve will keep raising interest rates until inflation is defeated, and as investors assessed companies’ resilience to a multitude of headwinds in the latest earnings reports.

Europe’s Stoxx 600 Index fell, with Adidas AG plunging the most in more than two years after the German sportswear maker cut its forecast for operating margin and sales. Wall Street stock futures were lower. Twitter Inc. slid as much as 16% in premarket after news that Biden administration officials are discussing whether the US should subject some of Elon Musk’s ventures to national security reviews, including the deal for the social media company.

Investor attention is still keenly focused on the UK, where the Conservative Party is desperate to draw a line under Liz Truss’s disastrous premiership with a rapid leadership contest. The pound slumped more than 1% and yields on 10-year UK government debt rose following reports that a detailed fiscal plan may be delayed by the selection process.

The dollar rose amid the elevated Treasury yields. The 10-year US note’s yield climbed to the highest since 2007 as traders priced in a higher peak Fed policy rate. The yen weakened further beyond the closely watched 150 per dollar level, boosting speculation that more intervention will be needed to support the Japanese currency.

“The move for US Treasuries is reminiscent of 2007 and we may see the pressure on the market persist until yields reach levels last seen just before the 2008 crisis, where the 2-year topped out at just over 5% and the 10-year nearly reached 5.30%,” economists at Rand Merchant Bank said in a note Friday. “With yields at current levels, it is not surprising to see that the greenback remains supported –pressuring most risk assets — while equity market volatility remains high.“

Hawkish remarks from Fed officials and swaps pricing in a 5% peak policy rate in 2023 should continue to support the dollar. The yield on 10-year Treasuries headed for a 12-week streak of increases that would match the duration of the 1984 episode when then-Fed Chairman Paul Volcker was carrying out a series of rapid interest rate hikes.

Meanwhile, US equity volatility is showing no signs of abating ahead of Friday’s $2 trillion options expiration and another raft of corporate earnings. Investors are monitoring company earnings for clues about how firms are navigating a miryad of headwinds like higher rates and slowing demand. The S&P 500 index is set for a weekly gain, but has struggled to rise for two consecutive weeks since mid-August.

Despite deeply pessimistic sentiment, equity funds are still seeing inflows, with “final capitulation” not yet here, according to strategists at Bank of America Corp. Global stock funds had inflows of $9.2 billion in the week through Oct. 19, according to a note from the bank citing EPFR Global data. With inflation remaining persistently high and risks of a recession growing, stock markets have more room to fall, strategist Michael Hartnett wrote.

Elsewhere, oil dropped at the end of a rocky week as concerns over a global economic slowdown continue to weigh on the market. Iron ore was on track for its longest stretch of weekly declines since 2016 amid mounting worries over the global outlook for steel demand.

–With assistance from Tassia Sipahutar.