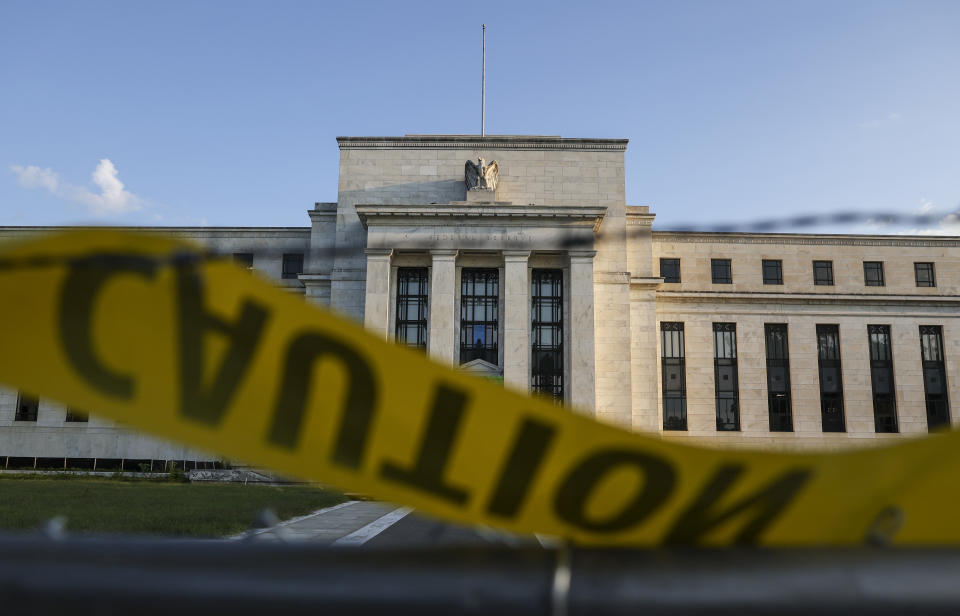 Futures on the benchmark S&P 500 slid 0.4%, while futures tied to the Dow Jones Industrial Average tumbled 100 points, or 0.3%. Contracts on the technology-heavy Nasdaq Composite erased about 0.5%.

The policy-setting Federal Open Market Committee kicks off its September meeting today and is expected to deal a third-straight 75-basis-point increase to its benchmark interest rate at the conclusion of discussions Wednesday. After officials convene, investors will tune in for a speech by Fed Chair Jerome Powell for further clues around the pace and magnitude of future hikes.

“A third ‘unusually large’ hike would be a reversal from the plan Chair Powell laid out in July to slow the pace of tightening, despite little surprise on net in the data,” economists at Goldman Sachs led by Jan Hatzius wrote in a note.

“We see several reasons for the change in plan: the equity market threatened to undo some of the tightening in financial conditions that the Fed had engineered, labor market strength reduced fears of overtightening at this stage, Fed officials now appear to want somewhat quicker and more consistent progress toward reversing overheating, and some might have reevaluated the short-term neutral rate.”

Bank of America expects the Fed’s dot plot – each official’s forecast for the central bank’s key short-term interest rate – to show an “implicit slowing” in the tempo of hikes at its November meeting but suggests Powell is likely to discount this signal and continue to emphasize that increases will be data dependent to maintain optionality for the Fed.

“In other words, if the data were to justify another 75-basis-point rate hike in November, we do not think the committee would be constrained by its prior projection,” BofA analysts led by Michael Gapen said in a note. “We suspect the Fed will rely less on forward guidance and more on data dependence as the policy rate moves further into restrictive territory.”

As Wall Street awaits the meeting outcome, the benchmark U.S. 10-year Treasury remains well above 3.5%, its highest level since 2011, while the 2-year Treasury note is racing toward 4%.

On the corporate front, shares of Ford (F) fell more than 4% in pre-market trading after the company warned of larger costs due to inflation and supply chain challenges, making it the latest company to outline its struggle with macroeconomic challenges.

The Detroit-based legacy carmaker now projects supply costs to total $1 billion more during the quarter than its previous estimate and supply shortages to affect about 40,000 to 45,000 vehicles, shifting some revenue to the fourth quarter.

2022-09-20
Previous Post: Oracle’s Short-Term Pain Could Be Your Long-Term Gain
Next Post: Why B2B Companies Can’t Ignore the 5th P of Marketing — Payments