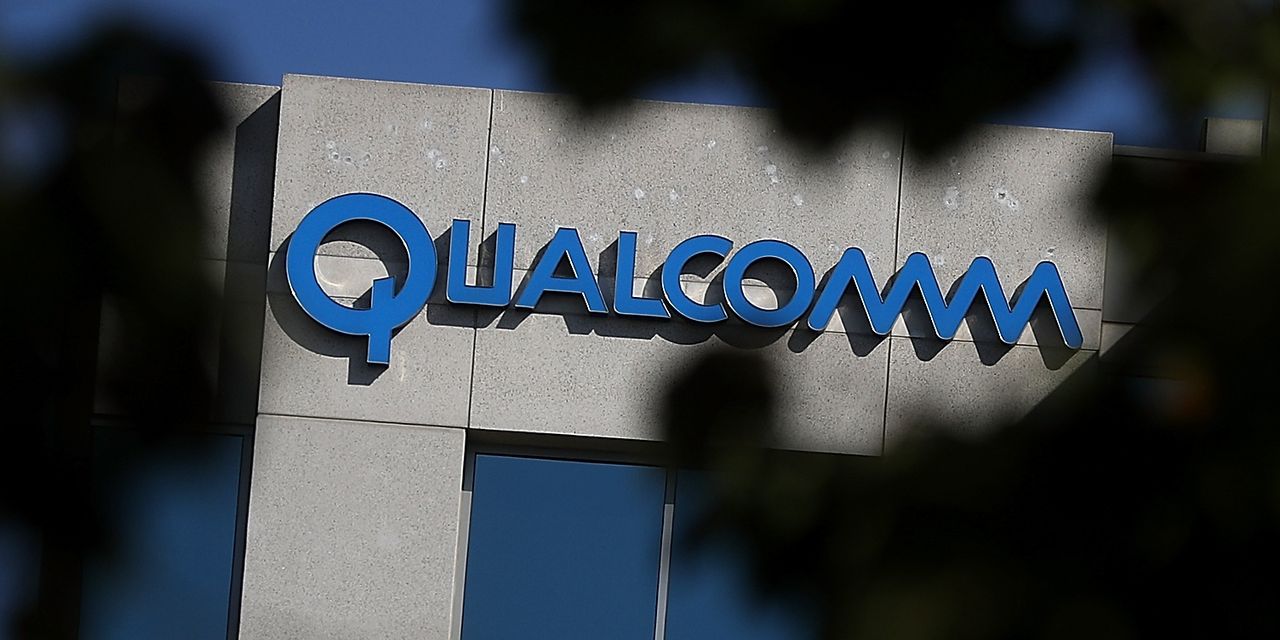 Qualcomm Inc. shares fell in the extended session Wednesday following the chip maker’s poor outlook, and estimates of about two months or more of inventory it needs to clear in its core business.

Qualcomm
QCOM,
-4.12%
shares dropped 7.6% after hours, following a 4.1% decline to close at $112.50 in the regular session. In late July, the San Diego-based chip maker cut its forecast because of weakness in the smartphone market that had yet to creep into the premium handset market.

On the call with analysts, Chief Executive Cristiano Amon said the accelerated weak demand was related to “macro economic headwinds and the prolonged COVID in China,” and “the rapid deterioration in demand and easing of supply constraints” across the chip industry.” would take out about 80 cents a share in first-quarter earnings.

“It’s the major factor,” Amon told analysts on the call. “It’s mostly a handset consumer story.” Earnings for the first quarter, as a results, would take a hit of 80 cents a share, the company said.

Another big factor is that companies are just spending less. Amon said “companies across the board had much higher inventory policies, supply chain got resolved, and you got that macro economic uncertainty, you have a drawdown trying to bring inventory to a different level than it was during the situation of demand constraint.”

Read: Meta spending slams Facebook stock, but here are the chip stocks that are benefiting

Chief Financial Officer Akash Palkhiwala told analysts there is about eight to 10 weeks of elevated in the channel. In the meantime, Qualcomm was instituting a hiring freeze, and looking into cost-saving measures, execs told analysts.

While handset-chip sales surged 40% to a record $6.57 billion from a year ago, topping the Street’s expectation of $6.55 billion, the company’s forecast indicates a big glut in inventory in Qualcomm’s CDMA Technologies unit, the one that includes handset and RF chips as well as chips for autos and Internet of Things.

Qualcomm expects QCT sales of $7.7 billion to $8.3 billion, and sales from Qualcomm’s technology licensing, or QTL, segment of $1.45 billion to $1.65 billion. Analysts had forecast forecast $10.42 billion in QCT sales and QTL revenue of $1.71 billion.

Qualcomm reported fourth-quarter QCT revenue of $9.9 billion, a 28% gain from a year ago. Analysts had estimated $9.84 billion, based on the company’s forecast of $9.5 billion to $10.1 billion.

Shares of Advanced Micro Devices Inc.
AMD,
-1.73%
outperformed the broader market Wednesday after the chip maker said it would clear excess inventory by the end of the year, and forecast that data-center and embedded product sales would continue to rise.