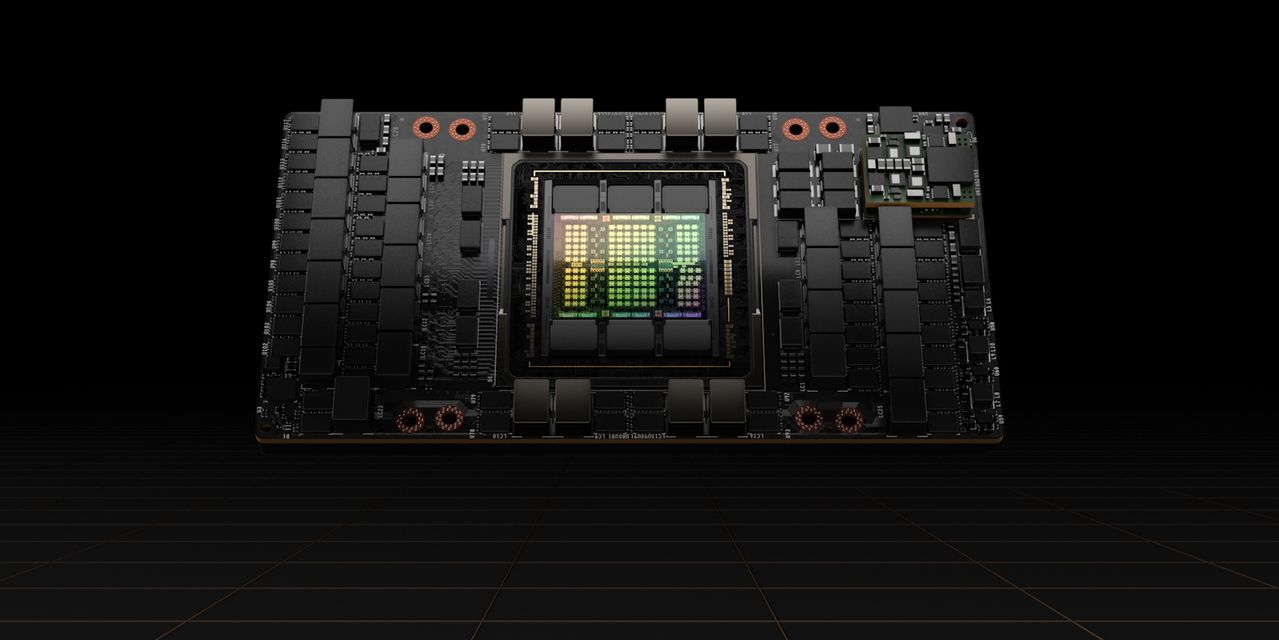 Nvidia stock falls after U.S. moves to restrict its data-center sales in China

Nvidia Corp. shares fell in extended trading Wednesday after the graphics-chip specialist disclosed that the U.S. government is seeking to restrict its data-center business in China.

In a filing with the Securities and Exchange Commission, Nvidia
NVDA,
-2.42%
revealed that the U.S. has installed new license requirements for its A100 and forthcoming H100 integrated circuits — Nvidia’s highest-performance products for servers — in sales to China and Russia. The filing specifically states that Nvidia’s forecast for the current quarter includes an expected $400 million in data-center sales to China that could be affected by the move; Nvidia does not currently sell products in Russia.

“We are working with our customers in China to satisfy their planned or future purchases with alternative products and may seek licenses where replacements aren’t sufficient,” an Nvidia spokesperson said in an emailed statement. “The only current products that the new licensing requirement applies to are A100, H100 and systems such as DGX that include them.”

While sales of gaming cards have plunged in recent months after inventory built up, Nvidia’s business has relied on data-center sales. Data-center revenue grew to $10.6 billion last year from $6.7 billion the year before, and analysts on average expect server sales to reach $15.79 billion this year, according to FactSet.

Wednesday’s news could hurt future business in the data-center segment, as Nvidia admitted in the filing that the development of the H100 could be affected and that “any future Nvidia integrated circuit achieving both peak performance and chip-to-chip I/O performance equal to or greater than thresholds that are roughly equivalent to the A100, as well as any system that includes those circuits” will face the same requirement.

“The new license requirement may impact the company’s ability to complete its development of H100 in a timely manner or support existing customers of A100 and may require the company to transition certain operations out of China,” the SEC filing reads. “The company is engaged with the [U.S. government] and is seeking exemptions for the company’s internal development and support activities.”

Nvidia said that the federal government’s new license requirements are meant to “address the risk that the covered products may be used in, or diverted to, a ‘military end use’ or ‘military end user’ in China and Russia.” The U.S. has for years been making moves to prevent China’s military from obtaining high-performance semiconductor technology, including blocking proposed acquisitions by Chinese parent companies and restricting sales.

Other U.S. makers of server chips also saw shares decline in after-hours trading Wednesday, though Nvidia appears to be the company most impacted by the decision. Advanced Micro Devices Inc.
AMD,
-2.38%
shares declined about 2%, while Intel Corp.
INTC,
-1.05%
shares fell about 0.3%.

2022-08-31
Previous Post: Don’t Cut Your Marketing Budget in an Unpredictable Economy
Next Post: The Shocking Trailer for the Winnie the Pooh Horror Movie