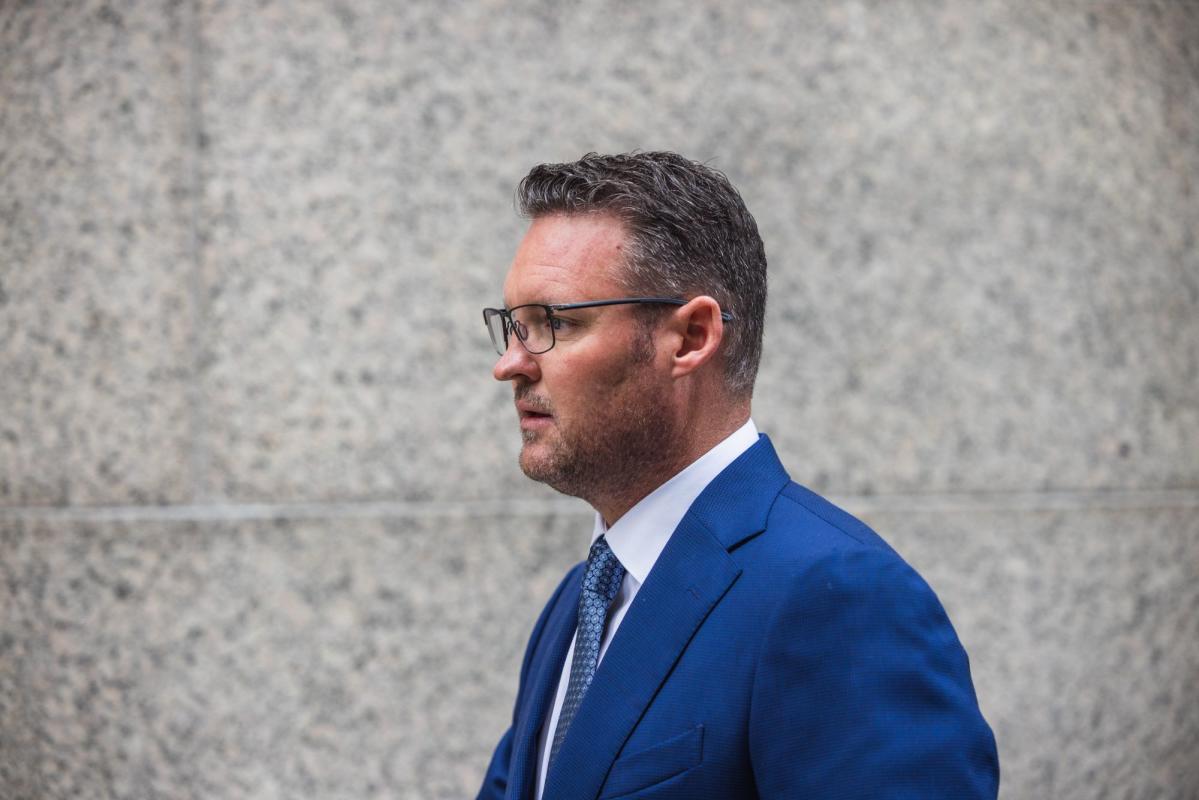 (Bloomberg) — Nikola Corp. founder Trevor Milton was convicted of fraud for misleading investors in the electric truck company, a stunning downfall for the door-to-door salesman turned billionaire who promised to revolutionize the auto industry.

Milton, 40, was found guilty Friday of one count of securities fraud and two counts of wire fraud by a federal jury in Manhattan, in a boost to the US Justice Department’s efforts to crack down on corporate crime. He was acquitted of a more serious securities fraud charge but still faces as many as 20 years in prison.

Read More: Milton Described as Serial Liar, and as Victim of Distorted Case, in Closings

He briefly shook his head as the verdict was read out, raised his left hand to his face and looked back at the nearly two dozen family members and friends gathered in the benches behind him.

“I think the evidence was clear,” Juror No. 5, a woman with gray hair and glasses, said afterward. She declined to give her name.

Milton is due to be sentenced on Jan. 27.

“I did nothing wrong,” Milton said outside the courthouse. “I was talking about the business plan.”

Asked about his plans, he said “Got to keep fighting. That’s all you can do, especially when you didn’t do anything.”

Read More: Nikola CEO Says He Learned Truck Had No Power Only After He Was Hired

It’s been a wild ride for the charismatic entrepreneur, whose fortune has declined to hundreds of millions of dollars after having once reached the billions shortly after the company listed its shares in June 2020. Milton, who remains the company’s biggest individual shareholder, founded Nikola in 2014 and built it into a company valued at $34 billion when it went public, more than Ford Motor Co. at one point.

The meteoric rise of the startup, which had no revenue at the time, came amid a wave of electric vehicle companies going public through special-purpose acquisition companies, or SPACs, starting two years ago as investors scoured the landscape for the next Tesla Inc. Going the SPAC route allowed them to market their companies based on future projections of performance rather than actual financial results. Some of the biggest names on Wall Street poured money into the sector.

After Nikola’s listing, ordinary investors started to take notice of Milton’s vision as well, with the company much discussed online just as Elon Musk’s has been. While Nikola’s initial focus was on heavy commercial trucks, it hatched plans to branch out to power sport and consumer EVs. It was all supercharged by celebrity endorsements from the likes of the Diesel Brothers’ Heavy D, who promoted the Badger pickup, a product that never made it beyond the renderings stage.

Prosecutors argued that Milton enticed retail investors to buy Nikola shares by making false statements about the company’s products and capabilities in numerous tweets, media interviews and podcasts, sharply exaggerating Nikola’s capacity to manufacture trucks powered by hydrogen fuel cells as well as its ability to produce the fuel itself.

It was “lie after lie after lie,” Assistant US Attorney Jordan Estes told the jury in her closing argument on Thursday. “His lies may have been on social media, but make no mistake: This was an old-fashioned fraud.”

Read More: Nikola Whistleblowers Tell Their Side of the Trevor Milton Saga

Milton’s lawyers called the case a “prosecution by distortion,” contending that their client never meant to deceive potential investors and that, in any case, his statements weren’t material, or important enough to influence those investors’ decisions.

Milton was generally upbeat as he arrived at court in a suit and tie to sit with his lawyers. In his own closing, which brought Milton’s wife to tears, Mukasey asked the jurors to “imagine the nightmare it is for Trevor, at 40 years old, to have his life hang in the balance” because of an overzealous prosecution.

There were lighter moments, too. In the tense vigil during jury deliberations on Friday, Mukasey took a few practice golf swings with a phantom club.

Nikola said it’s “pleased to close this chapter” about statements Milton made years ago and added that “neither the prosecutors nor Mr. Milton questioned the company’s promising future and unique ability to positively transform the commercial transportation industry.”

Damian Williams, US attorney for Manhattan, said the case is a “warning to anyone who plays fast and loose with the truth to get investors to part with their money.”

During the trial, which kicked off with opening statements on Sept. 13, the government called a dozen witnesses. It started with Paul Lackey, a former Nikola contractor whose allegations of fraud helped spur the criminal probe.

Lackey, an engineer at the electric-drive systems company EVDrive, said he gave Nate Anderson’s Hindenburg Research information in exchange for a share of its profits from shorting the company. The short-seller’s September 2020 report called Nikola an “intricate fraud” that, among other allegations, overstated the capabilities of its earliest test trucks. Nikola shares tumbled.

The government called other Nikola insiders to the witness stand. Among them:

The defense called Harvard Law School professor Allen Ferrell, an expert on economics and the stock market, who told the jury that traders mostly shrugged off statements Milton made between the time his company went public and the time he resigned.

The case is US v. Milton, 21-cr-478, US District Court, Southern District of New York (Manhattan).

(Adds details of verdict, reactions and quotes in second through fifth paragraphs.)