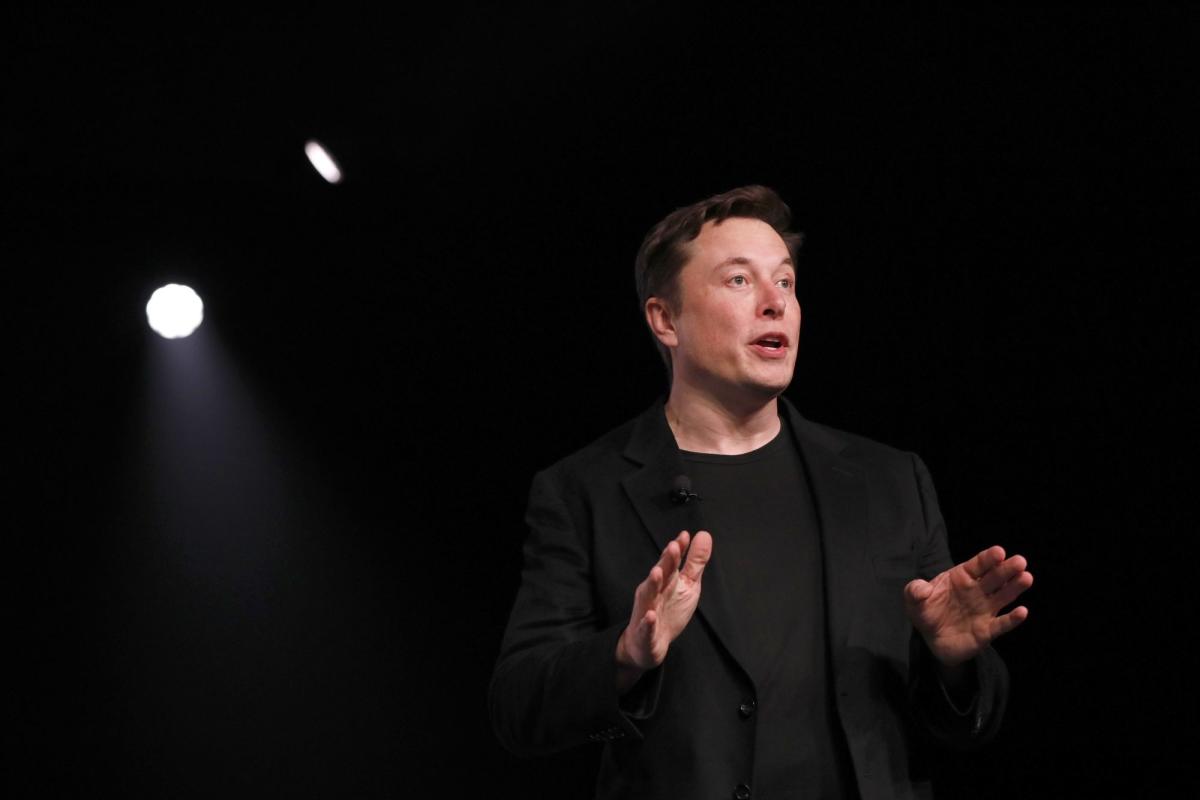 (Bloomberg) — Elon Musk, in his first address to Twitter Inc. employees since purchasing the company for $44 billion, said that bankruptcy was a possibility if it doesn’t start generating more cash, according to people familiar with the matter.

The warning came amid a tumultuous start to Musk’s reign at the social media company — a two-week period in which he has fired half of Twitter’s staff, ushered out most of the top executives and ordered the remaining employees to stop working from home. One executive who until Thursday had emerged as part of Musk’s new leadership team, Yoel Roth, departed, people familiar with the situation said. Another, Robin Wheeler, also resigned — but Musk persuaded her to stay on, said some of the people, who requested anonymity to protect personal and professional relationships.

While the buyout has removed Twitter from the scrutiny of public markets, Musk loaded the company with almost $13 billion of debt that’s now in the hands of seven Wall Street banks that have been unable to offload it to investors.

Confidence in the company has eroded so rapidly that, even before Musk’s bankruptcy comments, some funds were offering to buy the loans for as little as 60 cents on the dollar — a price typically reserved for companies deemed in financial distress, Bloomberg News reported on Thursday.

In his address to staff, Musk issued multiple dour warnings. Employees should brace for 80-hour work weeks. There will be fewer office perks like free food. And he ended the pandemic-era flexibility that allowed employees to work from home.

“If you don’t want to come, resignation accepted,” he said, according to a person familiar with the matter.

When he was asked about the prospect of attrition, Musk said, “We all need to be more hardcore.”

In discussing Twitter’s finances and future, Musk said the company needed to move with urgency to make its $8 subscription product, Twitter Blue, something users will want to pay for, given a pullback by advertisers who are concerned about harmful content.

Musk has in the past used the threat of financial ruin in an attempt to motivate workers, according to a person familiar with his management style. He’s trying to convey the notion that if people don’t work hard, Twitter will be left in a very difficult spot, this person said.

He also hinted at products he’d like to introduce, including payments, ads that are more conversational and interest-bearing checking accounts. Onboarding to the Twitter app should be smoother, as is the case with TikTok, he said.

Earlier Thursday, Twitter’s chief information security officer, chief privacy officer and chief compliance officer departed, raising concerns about the company’s ability to keep its platform secure and comply with regulations. Twitter is currently bound by a consent decree with the Federal Trade Commission that regulates how the company handles user data, and could be subject to fines for violations.

Roth had since taken over all of the social network’s Trust and Safety efforts, while Wheeler, a sales vice president, had recently stepped up to oversee relations with jittery advertisers. She hinted at her decision to stay in a tweet, as well as a post on an internal Slack channel.

The debt Twitter took on to finance Musk’s buyout is leaving it with interest costs that, by one estimate, will surge to $1.2 billion a year.

The social network has seen a pullback from some advertisers that are concerned about Musk’s plans for content moderation.

Debt investors and credit raters are also showing little confidence. The company’s banks have been quietly sounding out hedge funds and other asset managers for their interest in buying a chunk of the company’s debt.

Discussions so far have centered around the $6.5 billion leveraged loan portion of the financing, people with knowledge of the talks said. Banks had seemed unwilling to sell for any price below 70 cents on the dollar, according to one of the people. Even at that level, losses could run into the billions of dollars, Bloomberg calculations show.

Musk in an email late Wednesday warned employees of “difficult times ahead,” with “no way to sugarcoat the message” about the economic outlook for the company. He ended employees’ ability to work remotely unless he personally approved it.

(Adds detail on Wheeler’s decision to stay in second paragraph)