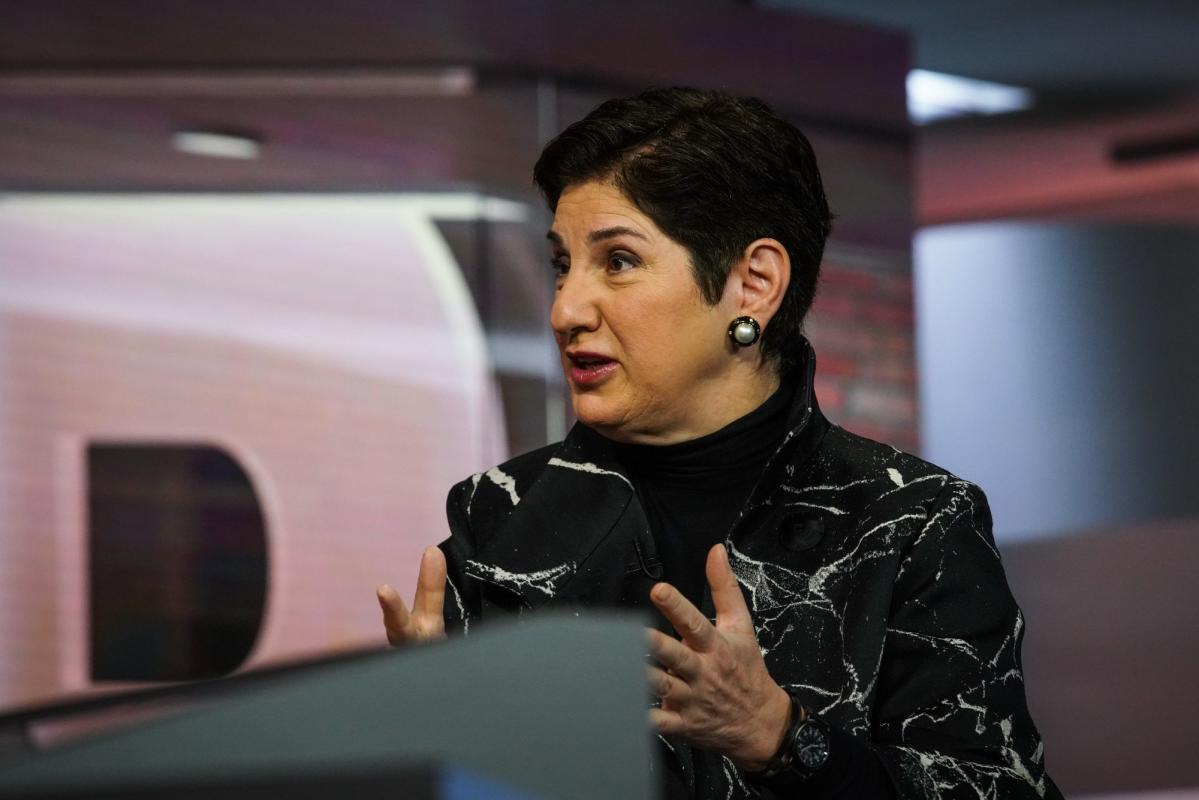 (Bloomberg) — Stocks are worth buying because they’ve fallen so far that further dramatic declines are unlikely, according to a top wealth adviser at Goldman Sachs Group Inc.

The odds of a recession are about 50-50, which the market has already factored into share prices and potential earnings, Sharmin Mossavar-Rahmani, Goldman’s chief investment officer for wealth management, said on Bloomberg Television’s “Wall Street Week” on Friday.

“Our view is it has already discounted a bit for a recession,” Mossavar-Rahmani told host David Westin. “The equity market usually actually rallies before the trough in earnings, usually by about six plus months. So we don’t actually have to see another big downdraft.”

The S&P 500 Index slumped 3.4% this week — losing almost 21% so far this year — after Federal Reserve Chair Jerome Powell signaled he plans to continue to raise interest rates in his unwavering war on inflation.

“In aggregate, the equity market tends to rally after such a big downdraft,” Mossavar-Rahmani said. “So does it make sense, actually, for investors to start getting more aggressive with their portfolio?”

Mossavar-Rahmani has remained relatively sanguine about the outlook for US equities. In mid-September, she told Bloomberg that she expects a 45% to 55% chance of a US recession through 2023 and the downdraft in stocks meant “that’s not enough to make a decision to go underweight equities when you’ve already had such a downdraft.”

It’s hard to call the bottom of the market, so it’s good for investors to start buying steadily after a major decline, Sarah Ketterer, chief executive officer of Causeway Capital Management, told Westin.

“We accumulate early,” Ketterer said. “We get as much of the stocks we can as low as we can and therefore the average entry price is usually very attractive.”