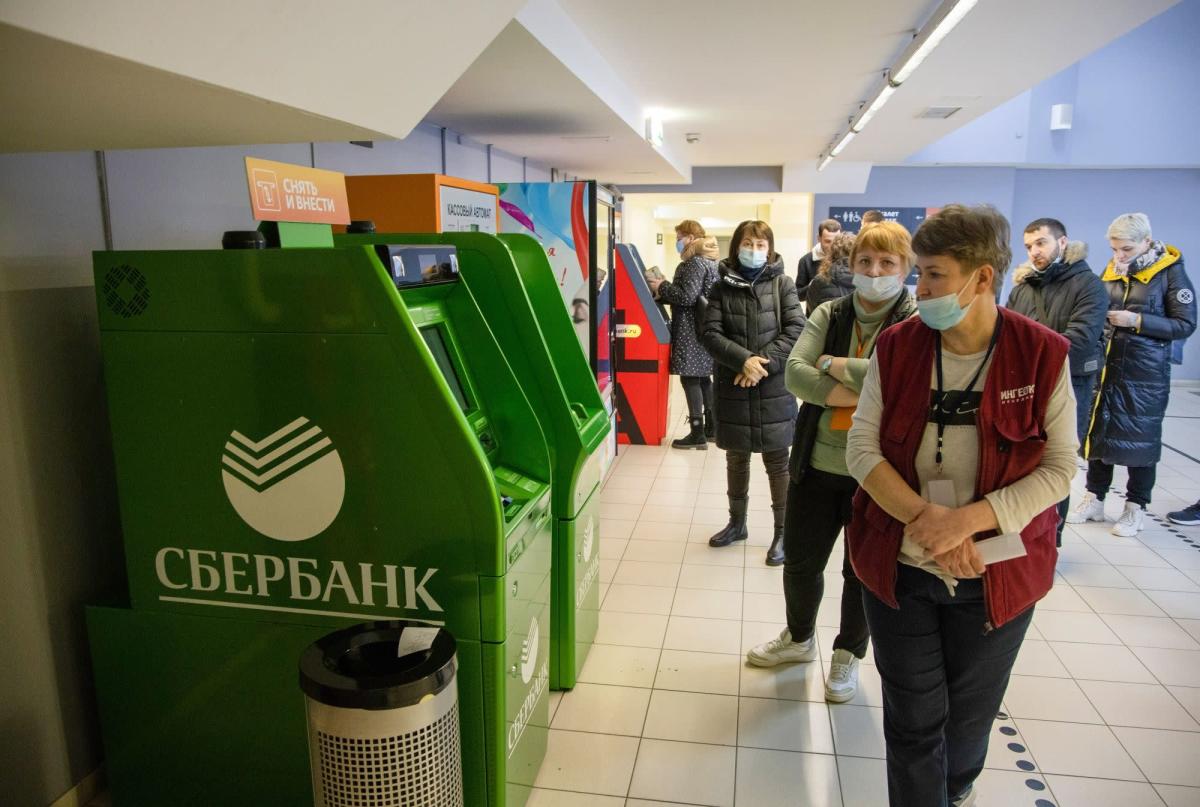 (Bloomberg) — Europe froze Sberbank of Russia PJSC’s main businesses in the bloc after regulators determined they were likely to fail in the wake of sanctions imposed over Russia’s invasion of Ukraine.

The Single Resolution Board, which handles European lenders that run into trouble, suspended payments, enforcement and termination rights to three Sberbank divisions until the end of March 1. That came after the European Central Bank determined that Austria-based Sberbank Europe AG and its subsidiaries in Croatia and Slovenia probably won’t be able to pay their debts or other liabilities as they fall due.

Sberbank Europe and its subsidiaries “experienced significant deposit outflows as a result of the reputational impact of geopolitical tensions,” the ECB said in a statement. “This led to a deterioration of its liquidity position. And there are no available measures with a realistic chance of restoring this position at group level and in each of its subsidiaries within the banking union.”

Lenders are grappling with a rapidly shifting scenario after the U.S. and EU ramped up their measures against Russia by blocking some of the nations banks from the international SWIFT transaction messaging system, which is used for trillions of dollars worth of transactions around the world. Already last week, the U.S. said it was sanctioning five of Russia’s largest banks, including Sberbank and VTB Bank PJSC.

VTB’s European unit hasn’t been placed under a similar moratorium as Sberbank’s, though Germany’s financial watchdog said in a statement Monday that it’s monitoring the situation closely. Deposit withdrawals haven’t been as pronounced as at Sberbank and don’t require more severe regulatory action yet, a person familiar with the matter said.

Sberbank Europe, which reported 13.6 billion euros ($15.2 billion) of assets, said it was cooperating with regulators and was part of deposit insurance plans in all countries of operation. In Austria, about 1.1 billion euros of deposits are currently covered, according to a statement from that country’s insurance plan.

Solutions such as a sale of the unit or a wind-down are being complicated by the sanctions, according to people familiar with the matter.

“We are making every effort and fully support authorities in the use of their powers so that they can master this unprecedented situation,” Sonja Sarkoezi, the chief executive officer of Sberbank Europe, said in a statement.

For now, depositors will be able to withdraw a daily amount determined by authorities in the three European countries. National authorities announced detailed limits, with Austrian regulators imposing a 100 euro ($111) daily withdrawal limit and halting most other transactions.

In Hungary, Sberbank was ordered to close for two days while the central bank assesses its situation. Customers can continue to use bank cards for transactions but won’t be able to wire transfer.

The Czech Republic on Monday started a procedure to revoke the banking license of Sberbank in the country. The central bank said doesn’t expect the situation to affect the stability of the Czech financial sector.

(Updates with details on VTB’s situation in fifth paragraph, insured deposits in sixth.)