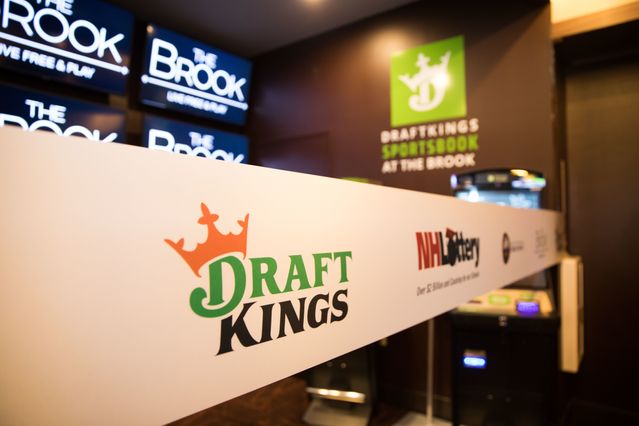 The online sports betting platform lifted its financial forecast, despite a gloomy macro environment and just a few days after rivals

For the full year, DraftKings (ticker: DKNG) now expects revenue of between $2.08 billion and $2.18 billion, and adjusted earnings before interest, taxes, depreciation, and amortization, or Ebitda, ranging from negative $765 million to negative $835 million.

DraftKings earlier had projected revenue of $2.05 billion to $2.17 billion and adjusted Ebitda of negative $810 million to negative $910 million.

DraftKings’ average number of monthly unique paid users increased by 30% year-over-year to 1.5 million in the second quarter. Revenue per payer on average was $103, also a 30% increase from the same period last year.

The company posted a loss of 50 cents a share, narrower than the 75 cents a share loss consensus among analysts tracked by FactSet. Revenue of $466 million for the quarter, which ended in June, also beat expectations of $439 million.

Conversely, Caesars(CZR) on Tuesday posted a loss of 57 cents a share for the same period. Analysts were looking for earnings of 18 cents.

PENN Entertainment (PENN), formerly known as Penn National Gaming, reported on Thursday a profit per share of 15 cents, far lower than the 50 cents analysts expected. The company kept its forecast for the full year unchanged; revenue is expected to be $6.15 billion to $6.55 billion in 2022.

Write to Karishma Vanjani at karishma.vanjani@dowjones.com

2022-08-05
Previous Post: Can FuelCell Energy Surge Higher This Year?
Next Post: Where companies say they will cut budgets first in a softer economy