The highest inflation in decades is hitting consumers and rippling through the food industry, from farm equipment to packaged food, grocers, and restaurants.

At-home food costs climbed 8.6% and out-of-home costs rose 6.8% in February from a year ago. Wholesale prices are up even more, signaling continued inflation at supermarkets and restaurants. The producer price index for food was up 13.4% in the year ended in February, with grains and the beef and veal category rising 20% or more.

In reacting to the surge in food costs, Wall Street has stuck with its usual playbook. Businesses like restaurants and packaged-food companies that are absorbing price increases have been hit, while farm-equipment makers, supermarkets, and food processors are seen as beneficiaries.

So, which stocks look best now?

Investors may want to consider depressed restaurant stocks like

(SBUX). Valuations in the sector have come down, with

(HSY) remains the class of the food industry, while slower-growth companies like

(CAG), which have dividend yields of more than 3%, amount to alternatives to bonds.

(TWNK) is one of the better growth stories in the group, thanks to the popularity of Twinkies (hence the ticker) and successful product innovations like mini Bundt cakes.

(DE), the top producer of agricultural equipment, and

(BNGE), a leading agribusiness company, stands to benefit from wider “crush margins,” or profit on turning crops like soybeans into oil.

(ACI) with wider margins, thanks in part to a shift to higher-profit private-label brands.

Restaurant stocks have lagged behind the broader market this year.

McDonald
’s
(MCD) is off 11%, to $237, while Starbucks is down 25%, to $88. Investors are worried that consumers are being squeezed by higher food, gasoline, and rent costs and will be less inclined to eat out.

Food typically accounts for about 30% of restaurant costs, with those expenses projected to be up about 10% this year.

Valuations have come down in the sector, which now trades around 18 times projected 2023 earnings—not cheap, but below the three-year average of 25.

Barish likes the casual-dining sector, which “is in the best shape in 20 years.” He points to a shakeout in independent restaurants during the pandemic as well as industry initiatives to boost margins, like simplified menus, more takeout business, and labor-saving kiosks for ordering meals.

He favors Bloomin’ Brands, the former Outback Steakhouse, whose shares, at about $22, trade for nine times projected 2022 earnings of $2.38 a share.

“Management has improved the quality and consistency of the business,” Barish says.

Investors, he adds, are giving Bloomin’ little credit for additions like Carrabba’s Italian Grill. Earlier this year, the company reinstated its dividend, which now provides a 2.5% yield.

Brinker’s core Chili’s franchise has “performed well during the recovery” from the pandemic. The stock, at about $35, trades for nine times projected 2022 calendar-year earnings. (The company has a June fiscal year.)

Starbucks stock has come under pressure. In early February, the company reduced guidance for its current fiscal year ending in September to 8%-10% growth in earnings per share from its targeted 10% to 12% annual gain. It cited margin pressure from what Starbucks has called “the highest inflation in decades” and a slowdown in its No. 2 market, China, from Covid restrictions.

It has often paid off to buy Starbucks, Barish notes, when its forward price/earnings ratio approaches 20.

The stock got close to that level this past week before rallying on the news that Howard Schultz is returning as CEO on an interim basis. The stock trades for 22 times projected fiscal-2023 earnings of $3.92 a share.

The analyst thinks that Starbucks can get back to its growth formula of 6% unit growth annually, same-store sales gains of 4% to 5%, and 10% to 12% in earnings-per-share growth in its next fiscal year starting in October. He has a Buy rating and $130 price target on the stock. 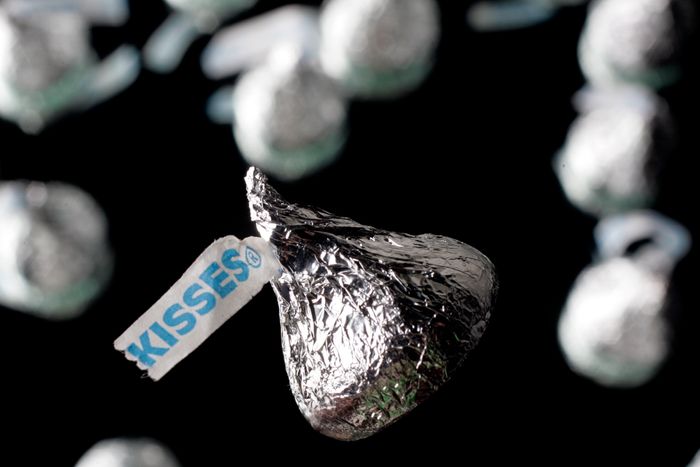 Packaged-food companies have been getting squeezed by higher input costs.

“It takes time to negotiate price increases with retailers,” says Robert Moskow, the packaged-food analyst at Credit Suisse. “There was margin compression in just about all the companies in my coverage in the back half of last year.”

There could be more pressure this year. Moskow projects input cost increases averaging 16% across the industry. Analysts see little or no earnings growth for companies like Kellogg, General Mills, and Conagra in 2022.

He favors Hershey, which, at $206, carries a premium multiple of 26 times projected 2022 earnings of about $8 a share, in line with leading consumer companies like

“Hershey has had the most pricing power in the group,” Moskow says. “It expanded its competitive moat during the pandemic.” 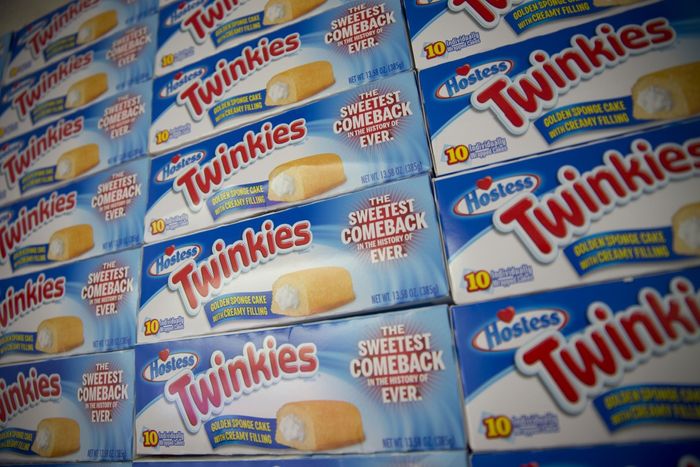 The stay-at-home trend has benefited Hostess, which has gained share in the sweet-snack category, Moskow says. The stock, at about $21, trades for 22 times projected 2022 earnings. Profits per share grew 17% in 2021, and the company projects growth of 6% to 11% in 2022.

Investors have warmed to supermarket chains Kroger and Albertsons in the past year: Kroger stock is up 58%, to a recent $56, while Albertsons is up 92%, to $36. Their margins tend to widen in periods of inflation as they raise prices more than costs rise and consumers trade down to more-profitable private-label products.

Neither stock is expensive. Albertsons trades for 12 times projected earnings in its current fiscal year, and Kroger for 15 times.

(COST). Nonetheless, the companies have capitalized on convenience and data on shopper preferences to hold their own.

The war in Ukraine has turbocharged a bull market in grains because the country, once known as the breadbasket of the Soviet Union, has been a large exporter of both wheat and corn.

As farmers do well, so does Deere, the dominant maker of farm equipment. Its initiatives to help farmers improve yields, reduce fertilizer usage, and electrify its fleet are exciting investors, including those who follow environmental, social, and corporate governance, or ESG, principles.

“With its technology and its R&D spending, Deere is building a bigger moat around its business,” says Seth Weber, an analyst at Wells Fargo. “It takes the Deere narrative from how many tractors are you selling to what value you are adding for farmers.”

In addition to a strong U.S. farm economy, bullish factors include a relatively old tractor fleet in the U.S., where new combine harvesters can cost as much as $750,000.

Deere aims to get 10% of its sales from software-like recurring revenue by 2030. The shares trade at about $406, or 17 times projected 2022 earnings. Weber has an Overweight rating and a price target of $455 on the stock.

Agco has a 10th of the market value of Deere and is a pure play on farm equipment. Its shares, at about $132, trade at a big discount to Deere at 11 times projected 2022 earnings. Agco gets more than half of its sales in Europe, while Deere gets 50% in the U.S.

Weber is bullish on Agco, pointing to a new management team and what he calls a “self-help story.” Agco is also looking to monetize data from its equipment and sell it to farmers. He has an Overweight rating and a $175 price target on the stock.

Bunge is also a play on strong grain markets. Its crush margins on soybean and other oils tend to widen when grain prices are high and the grain in its elevators appreciates.

“There could be a lot more volatility and turmoil in grain markets in the next few months.”

Bunge is Moskow’s favorite food play for “capitalizing on the inflationary environment.” The shares, at about $105, trade for 10 times projected 2022 earnings. He has an Outperform rating and a $115 price target on the stock.

Grains have historically been good diversifiers in portfolios, but there is more risk now. There is uncertainty about the outlook for Ukraine’s winter wheat crop, which is due to be harvested in a few months, and for the summer corn crop that is yet to be planted.

“There could be a lot more volatility and turmoil in grain markets in the next few months,” says Sal Gilbertie, CEO of Teucrium, which operates the exchange-traded funds


Teucrium Corn
(CORN), which allow investors to get exposure to grain without going to the futures market.

If there is a cease-fire in the Russia-Ukraine war, grain prices could fall. The U.S. crop this year will still be critical, given low global stockpiles.

There hasn’t been a major harvest shortfall in a decade in the Midwest grain belt, thanks to favorable weather. But if there are scorching temperatures this summer, grain prices—and food generally—could be headed even higher.

Write to Andrew Bary at andrew.bary@barrons.com

Which beaten down stocks should I buy for the biggest long-term upside? Here are 3 high-growth tech ideas hitting fresh 52-week lows