China’s top official for Africa is headed to Zambia next week, just days after Chinese President Xi Jinping held phone talks with his counterpart from the debt-hit nation.

Wu Peng, director general of the Chinese foreign ministry’s African affairs department, is currently in South Africa during a tour of the continent that will also take him to Malawi, Tanzania, Senegal, Burkina Faso and Togo.

“I hope that this trip will deepen friendly exchange and practical cooperation in various areas between China and African countries,” Wu tweeted on Tuesday.

Do you have questions about the biggest topics and trends from around the world? Get the answers with SCMP Knowledge, our new platform of curated content with explainers, FAQs, analyses and infographics brought to you by our award-winning team.

Hichilema, who took office last August, raised the issue of his country’s debt crisis during the May 31 call. In a statement posted on his official Facebook page later, he said the two leaders discussed the potential for greater cooperation and their “shared commitment to working together to address and resolve the debt issue”.

However, a readout of the call released by the Chinese foreign ministry made no mention of this.

Nonetheless, debt remains a key focus in bilateral relations. China holds the largest share of bilateral loans advanced to Zambia, which has been seeking help to restructure its debt.

Zambia in 2020 became the first African country to default in the coronavirus era. By the end of last year, its external debt had reached US$17.27 billion, almost a third of which was owed to China.

Zambia is in the process of restructuring about US$15 billion of external debts as a precondition to secure US$1.4 billion in International Monetary Fund (IMF) loans. Chinese lenders make up more than US$6 billion of the amount, spent on mega projects including airports, highways and hydropower dams.

Zambia has applied to be considered under the G20’s new “common framework” to help more than 70 Covid-impacted developing countries with debt restructuring and relief – a process that would allow creditors to jointly renegotiate its foreign debt. In April, Hichilema thanked China for agreeing to be “engaged” in the debt resolution process.

Ethiopia and Chad are the other African countries to have also applied for similar debt relief under the framework, but progress is slow.

“But clearly more progress is needed. The next step will be for the parties to discuss the debt sustainability analysis conducted by the IMF,” Bohlund said.

Bohlund said that while Chad had made more progress under the framework, it was a more straightforward case.

He said Zambia would be a more challenging test for whether the system could implement debt restructuring with more challenging creditor constituencies, including both official and private-sector Chinese creditors as well as Eurobond holders.

“Ideally, some of the time used over the past year has been used by Beijing to align Chinese creditors to a policy line that will be acceptable to other creditors,” Bohlund said. 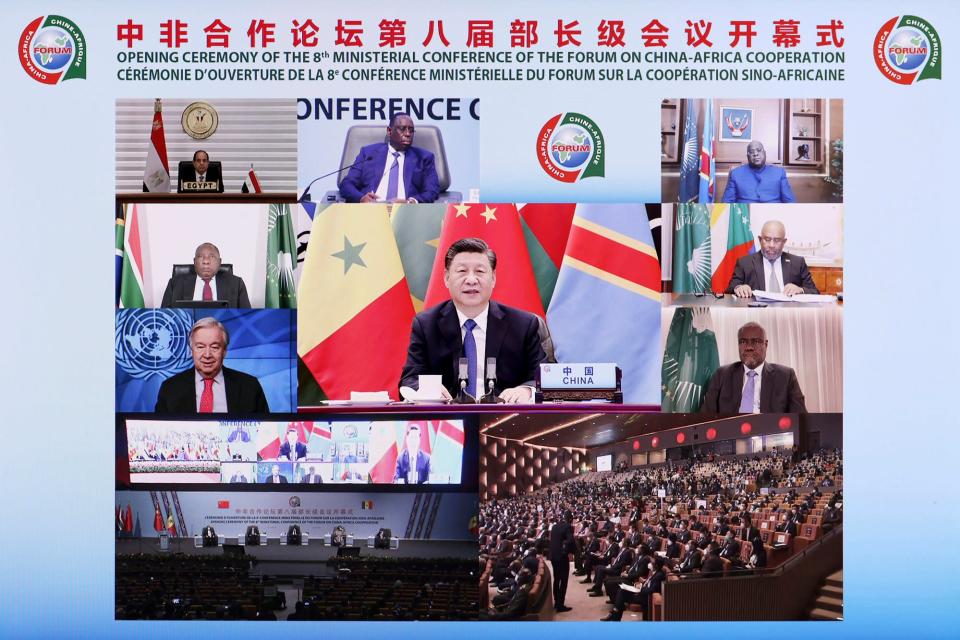 Tim Zajontz, a research fellow at the Centre for International and Comparative Politics at South Africa’s Stellenbosch University, said the “top-level interaction between presidents Hichilema and Xi shows that Zambia’s debt negotiations are politically very sensitive for Beijing”.

He said while still waiting for the creditor committee to convene for the first time, Lusaka was under immense pressure to receive concessions from creditors to be able to receive an IMF credit facility and World Bank budget support.

“Zambian hopes of securing a deal with the IMF by the end of June seem ambitious, as a swift agreement on easing Lusaka’s debt burden remains up in the air, considering the very diverse set of creditors.”

Zambia is a key Chinese ally, and Chinese companies have pumped billions of dollars into the country’s mining industry. But it was pushed into a debt crisis after the Covid-19 pandemic wiped out revenues.

In November 2020, Zambia became the first African country to default on US$3 billion in dollar-denominated bonds during the pandemic, when its debt burden reached more than 120 per cent of GDP.

“A key question is whether we’ll see any shift away from the hardball negotiating tactics China pursued in bilateral negotiations. Another related issue is the extent of debt restructuring creditors and the authorities end up agreeing on,” she said.

Forizs said other economies that had requested similar restructuring and those considering doing so would certainly be keeping a close eye on the proceedings.

Zajontz, who is also a lecturer in global political economy at the University of Freiburg in Germany, said Beijing would continue to tread warily as it tried to avoid setting an unwanted precedent that might create a domino effect in terms of debt relief demands from other borrowers in Africa and beyond.

However, Beijing also had a keen interest in not being seen as blocking multilateral debt restructuring efforts, Zajontz said.

“Chinese banks will be instructed to engage constructively in the common framework and are likely to insist that any concessions towards the Zambian treasury will affect all lenders equally.”

Zajontz said the current wave of sovereign debt distress across the Global South had forced Beijing to redefine its role as the world’s largest bilateral creditor in the so-called developing world.

Chinese creditors had acknowledged the need for closer coordination with other creditors and the world’s lenders of last resort – the IMF and the World Bank, Zajontz noted.

But for Beijing, there was more at stake than potential debt write-offs, he said. “The Chinese government faces the dilemma of avoiding reputational damage to the development model it promotes across the Global South, while simultaneously ensuring returns on previous Chinese loan-debt investments.”

Zajontz said the stakes were highest for ordinary citizens in debt-distressed African countries, where increasing fiscal pressures translated to cuts in fuel or food subsidies and further retrenchment of the state.

“China of course wants to avoid being associated with politically controversial and socially harmful austerity policies in Africa.”