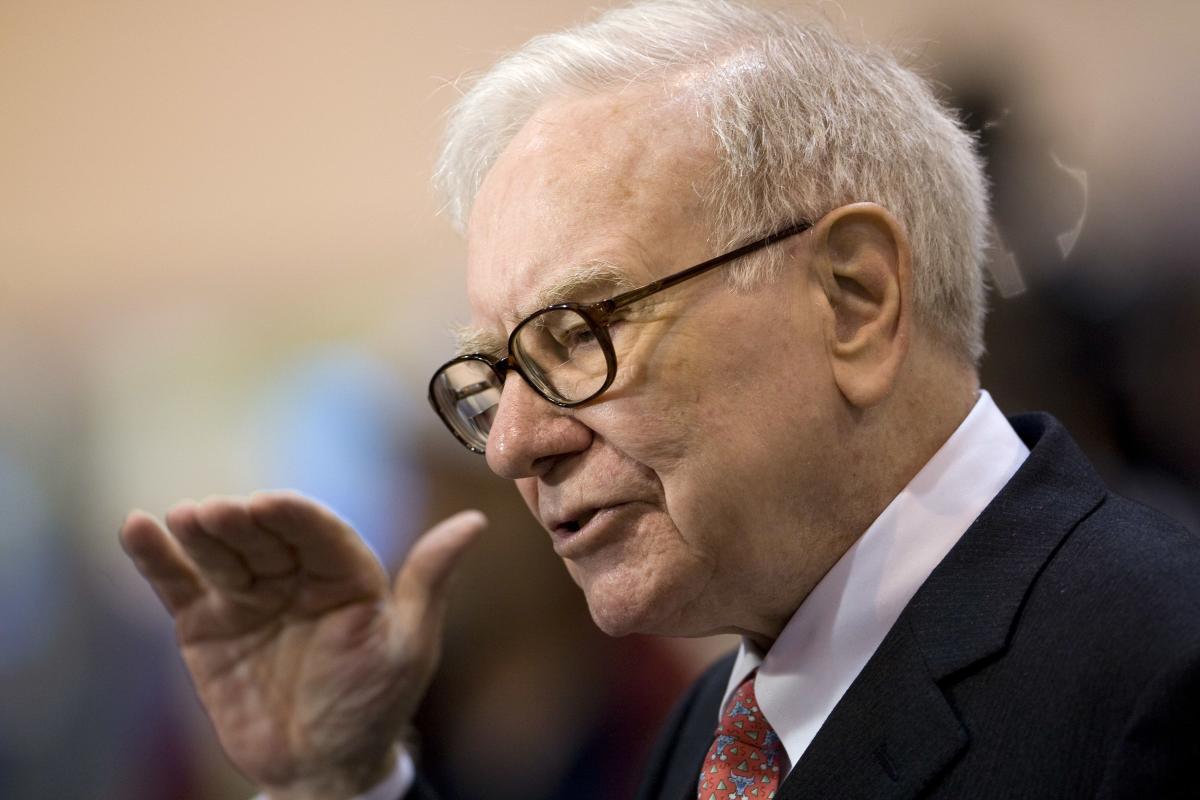 (Bloomberg) — Warren Buffett’s Berkshire Hathaway Inc. won approval from US regulators to buy as much as 50% of Occidental Petroleum Corp. after spending months snapping up its shares. Occidental’s stock had its biggest gain in five months.

The Federal Energy Regulatory Commission said in a filing published Friday that Berkshire’s proposed stock purchases are “consistent with the public interest.” Berkshire applied for the authorization on July 11, FERC said.

Berkshire has spent this year wagering more on Occidental after first making a bet on the Houston-based oil company three years ago. Earlier this month, Berkshire reported that it now holds 188 million shares of Occidental’s common stock, a little more than 20% of its 931 million shares outstanding.

“No question Buffett goes to 50% from here,” said Bill Smead, who manages $4.8 billion at Smead Capital Management Inc. and is a top 20 shareholder in Occidental and also owns Berkshire stock. “This is looking more and more like the Burlington transaction where he ended up buying the whole shooting match.”

Buffett built up a significant stake in railroad Burlington Northern Santa Fe Corp., now known as BNSF, before agreeing in late 2009 to buy the railroad.

Berkshire, based in Omaha, Nebraska, didn’t immediately respond to requests for comment on the FERC application.

“The approval of this filing allows Berkshire from a FERC perspective to accumulate up to 50% ownership of Oxy’s common shares, which is necessary because we own assets subject to FERC regulation,” Occidental spokesman Eric Moses said in an emailed statement. “The prior FERC approval threshold was at 25%.”

In 2019, Buffett aided Occidental Chief Executive Officer Vicki Hollub’s pursuit of Anadarko Petroleum Corp. by agreeing to invest $10 billion in Occidental, a pact that included both preferred shares and warrants. Those warrants allow Berkshire to buy as many as 83.86 million shares in Occidental at a price of $59.62. At today’s stock price, the billionaire investor would turn a profit of more than $900 million by exercising the warrants.

This year, Buffett praised Hollub’s leadership, a sign that the billionaire investor was all-in on Occidental. That stirred up speculation that Berkshire, with more than $105 billion in cash on hand at the end of June, could seek to buy more stock.

On March 7, CNBC’s Becky Quick said on “Squawk Box” that Buffett told her that Berkshire started buying on Feb. 28 “and we bought all we could.” Buffett decided to start making the purchases after reading a transcript of Occidental’s Feb. 25 earnings conference call.

“I read every word, and said this is exactly what I would be doing,” Buffett told Quick. “She’s running the company the right way.”

Occidental is the best-performing stock in the S&P 500 this year by some margin, rising 146% as the index declined 11%, driven by Buffett’s steady buying and high oil prices. The company’s shares climbed 9.9% in New York trading, their biggest one-day increase since March 4.

Hollub has made aggressive moves to boost returns to shareholders this year by reigning in capital-intensive production growth in favor of dividends and share buybacks for investors. She’s also eliminated much of the $30 billion of debt the company took on buying Anadarko.

Occidental received a further boost this month with the passing of the Inflation Reduction Act, which increased tax credits for carbon capture, a technology in which the company is a leading player. Hollub hailed the bill as “very positive.”

Occidental plans to make capturing carbon from the air a key part of meeting its ambition to be net zero by mid-century, one of the most aggressive plans of any US major oil company.

The Occidental stake that Berkshire reported earlier this month surpassed a key level that could entail new quarterly disclosures and a boost to the company’s earnings. According to auditor PricewaterhouseCoopers, a company with a stake in another firm as large as Berkshire has in Occidental exercises “significant influence” over that business, and may have to include earnings from that investment in its own results under the so-called equity method of accounting.

Occidental wouldn’t be Berkshire’s first bet large enough to merit the accounting approach. The company does it for its roughly 27% stake in Kraft Heinz Co., for example. But while Berkshire does hold 20.2% of American Express Co., it’s struck agreements with the company and the Federal Reserve that limit the influence it can exercise over the stock. Because of that, Berkshire doesn’t follow the equity method in that case.

“Now that Berkshire has clearance to buy more Occidental shares, I believe that the company will buy more shares and adopt equity method accounting,” Jim Shanahan, an analyst at Edward Jones, said in an email.