Michael Wisler was growing weary of the efforts needed to attract engineering talent when working for US bank Capital One, four years ago.

“I was going from one tech centre to another, where you had to throw out all the beer and rock stars you could just to keep everybody engaged,” the finance executive says. “It wasn’t going to work.”

But the competition for tech talent has only become fiercer since he joined M&T Bank as chief information officer, in 2018. And the difficulty of convincing candidates to relocate to the bank’s headquarters in Buffalo, New York — a six-hour drive from Manhattan — has only added to the challenge.

So, now, M&T is focused on creating its own talent. In January, the regional US bank launched a free 12-week data analytics boot camp and joined a growing list of financial services employers offering educational courses directly — bypassing the usual four-year college pipeline. The programme, also sponsored by other local employers, is open to anyone in the community and does not require participants to commit to any business.

Find out which schools are in our ranking of pre-experience postgraduate finance courses and post-experience programmes. Also, learn how the tables were compiled and read the rest of our coverage.

Many companies have always offered specialised training to new staff, says Nikolai Roussanov, a professor of finance at Wharton and research fellow at the US National Bureau of Economic Research. But an uptick in corporations developing their own “academies” and “universities” has prompted some soul-searching in academia, he adds.

Graduates with MBA, masters in finance, and related vocational degrees can usually be hired by a bank or investment firm at the associate level, skipping the gruelling training often endured by junior analysts. But, recently, some MBA recruits have needed extra hand-holding, industry sources say.

“It’s much better to have people coming into the workforce with those skills acquired as part of their formal training because, otherwise, what are we doing teaching people skills that they don’t need and not teaching them skills that they do need?” Roussanov says.

Wharton, which topped this year’s Financial Times MBA ranking and also offers masters in finance courses, began offering a major in quantitative studies in the autumn of 2020 in response to industry feedback, says Roussanov. About one-third of Wharton Business School graduates go into in finance.

“This kind of expertise intermediating between finance and data science is very much in demand,” he says.

Wall Street is now moving to create its own talent as the lines between finance and engineering blur. Many companies have transitioned from using Excel spreadsheets for routine tasks to more complex data visualisation software, such as Tableau.

Large employers JPMorgan Chase and Bank of America rolled out coding classes for staff in 2018. Hedge fund Point72 opened its own academy in 2015, aimed at training early-career students in technical skills so they could ultimately be hired. Hedge fund WorldQuant founded a free, public online engineering school in 2015, which officially earned accreditation in 2021.

Over the past four years, M&T has bolstered its partnerships with nearby universities to support technology education, but it plans to continue sourcing ­talent elsewhere. “I don’t think there’s a university out there that hasn’t gotten that the world has gone technical, but they’re never going to produce enough [talent] for the country,” Wisler says.

“The ability to manipulate software and make technology work for business outcomes should be considered the 21st century blue-collar trades.”

JahJah Quarles, who grew up in Buffalo, where M&T is the second-largest employer, had never heard of the job title “data scientist” before a friend recommended that he apply to the boot camp earlier this year.

Buffalo, which is New York state’s second-largest city, has struggled economically for decades after losing much of its manufacturing work.

As a result, Quarles’ mother initially did not understand why her son, aged 30, would want to leave behind the security and benefits of a government job for a technology career. Yet he starts as a data specialist on M&T’s marketing team this month. “This brought all of us to a new world,” he says. 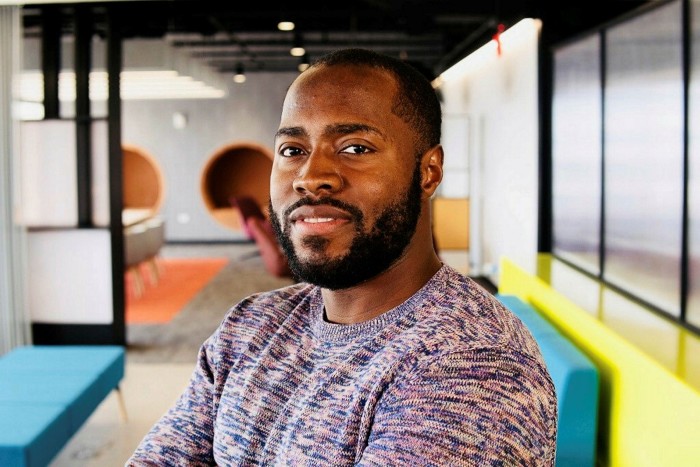 At the same time, outreach companies such as Multiverse and Revature have emerged in recent years, offering to train workers from under-represented backgrounds for jobs with major companies, including Citigroup and Morgan Stanley.

However, while it is easy to teach the necessary jargon for coding in a boot camp, the critical thinking needed to generate insights and action plans can be hard to replicate in a short programme, Wharton’s Roussanov notes.

Equally, encouraging interest among students in more quantitative fields can be a bigger obstacle than designing the training programme. The percentage of engineering degrees awarded by US schools peaked in 1986 at 9.8 per cent and has hovered around 7 per cent in recent years.

Wisler’s team at M&T now gives tours of the bank’s headquarters to school classes, to try to spark interest in technology. But he concedes: “A bank may not be the most exciting place for them to think about when they’re choosing whether they want to be a firefighter or an astronaut.”

The energy sector’s next frontier