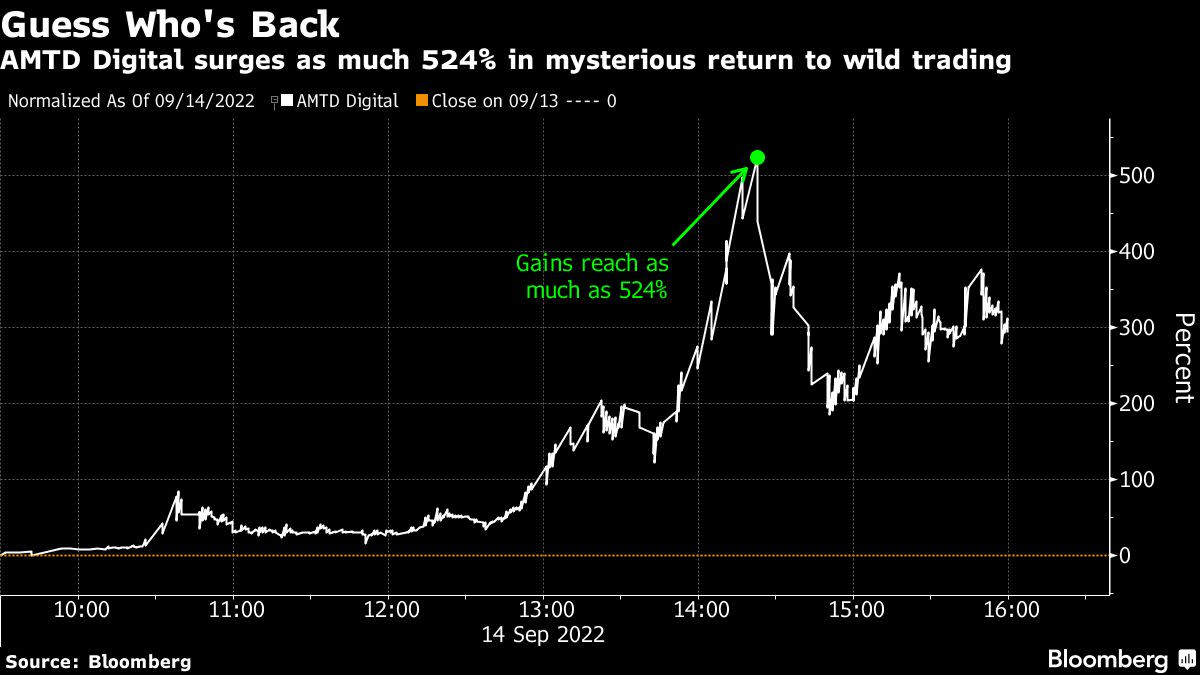 US-listed shares of AMTD Digital Inc. soared a record 312% on Wednesday, triggering multiple volatility-related trading halts along the way. The move came alongside a flurry of buying activity, with roughly 1.5 million shares trading hands, more than 5,500% higher than its daily average over the last 10 days. On paper, the surge added nearly $27 billion in market value to the stock.

Wednesday’s jump comes nearly two months to the day of its IPO and breaks a stretch of relative calm for the stock which lasted more than a month and saw the stock limited to a maximum one-day move of 31% in either direction. While that would be jarring for most publicly traded stocks, it’s a far cry from its first month of trading that featured five different days with a move of at least 100%.

Still, for investors who bought into the stock at its peak, the jump will do little to ease their pain. Even with the massive one-day bump, AMTD Digital shares remain down almost 90% from their closing high price in August of $1,679.

Pre-IPO shareholders, directors and executive officers are subject to a lockup agreement that prevents them from selling shares until January, according to the July 15 prospectus. The company did not immediately respond to a request seeking comment.

The eye-popping one-day move has also seemingly caught the interest of retail traders. AMTD Digital’s shares were among the most actively traded stocks on the Fidelity platform on Wednesday. Addentax Group Corp., another obscure Chinese firm recently listed in the US that saw a frenzied trading debut, was also on the list of popular stocks.