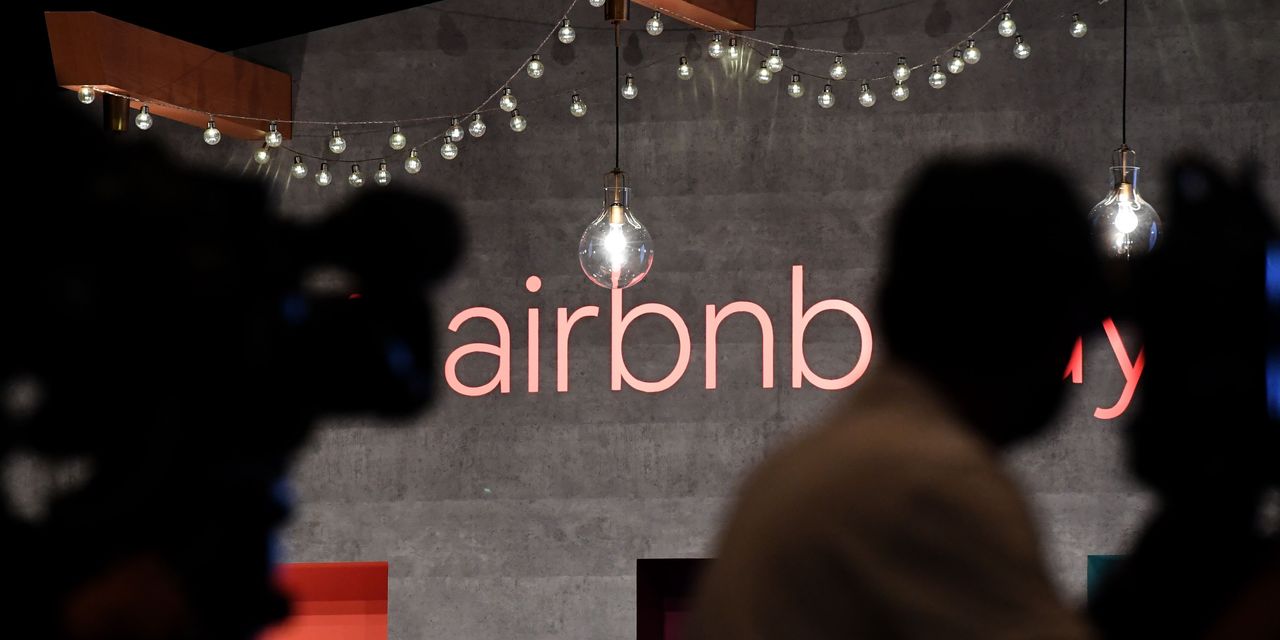 Airbnb Inc. said Tuesday that it had its first profitable second quarter as a public company, and that it is so confident in its business that it is buying back $2 billion of its stock.

“Our Q2 results demonstrate that Airbnb has achieved growth and profitability at scale,” Chief Executive Brian Chesky said during prepared remarks on the company’s earnings call.

Analysts surveyed by FactSet had forecast earnings of 45 cents a share on revenue of $2.1 billion.

Airbnb said demand for travel is strong almost everywhere. The company’s gross bookings amounted to $17 billion, up 27% year over year and 73% higher compared with the pre-pandemic 2019 quarter. Customers booked 103.7 million nights and experiences, the highest ever and up 24% compared with the 2019 quarter. Gross nights booked for cross-border travel continued to beat pre-pandemic levels, and doubled compared to the year-ago quarter, the company said.

Those numbers fell short of analysts’ expectations, though, of 106.2 million nights and experiences booked and $17.13 billion in gross bookings.

The company also reported that its free cash flow for the second quarter was $795 million, its highest for a second quarter. That brings its total cash on hand to nearly $10 billion. On the conference call, Chief Financial Officer Dave Stephenson said the company doesn’t need that much cash on hand, which is why it is buying back shares. He and Chesky both said they remain committed to growing the business and will continue to invest in adding to the employee headcount by a high single-digit percentage this year.

In response to analysts on the call who wanted to know about possible macroeconomic effects on the business, Stephenson said “we don’t know what the economy is going to bring, but we do know Airbnb is resilient.” He noted that the company has different kinds of property listings; that it had “already made hard choices” in laying off employees at the beginning of the coronavirus pandemic; and that it is “a leaner, tighter machine.”

The company said the Asia Pacific region “remained depressed” compared with the same period pre-pandemic, and Stephenson expressed optimism about the upside once it catches up with other regions’ recovery.

YipitData, which tracks active Airbnb listings, said it saw year-over-year growth in June in all regions except for China — where the company has pulled all its listings because of difficulties in doing business there, it announced in May. June listings in North America rose 19% year over year. Two regions, Latin America and the Middle East and Africa, each saw 14% growth in June listings, according to YipitData.