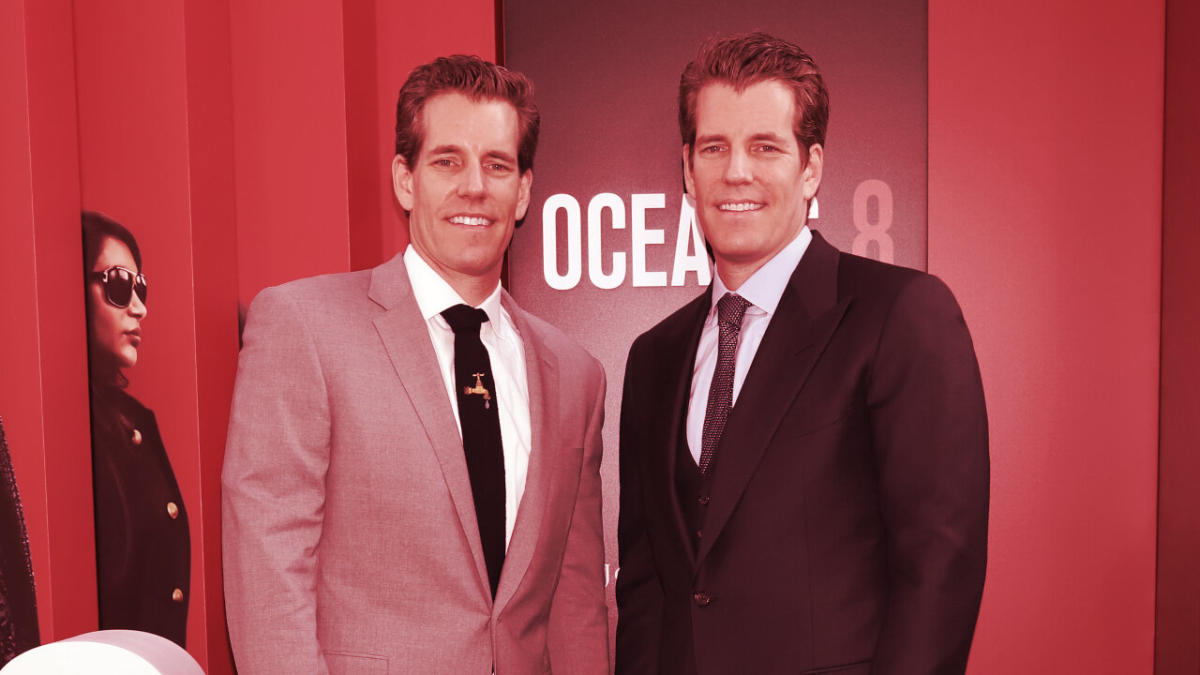 A Brief Crypto History of the Winklevoss Twins

Cameron and Tyler Winklevoss went from being the co-originators of Facebook deceived by Mark Zuckerberg (as dramatized in the film “The Social Network”) to early crypto adopters who became “Bitcoin billionaires.” Now their firm has been charged by the United States Securities and Exchange Commission (SEC).

The SEC hit the twins’ cryptocurrency exchange Gemini with charges of securities violations on Thursday due to its Gemini Earn program, which promised a return to customers who deposited their crypto holdings. Genesis, its lending partner in the program and a subsidiary of Digital Currency Group (DCG), was also charged in tandem with Gemini.

The charges come after several weeks of increasingly public disputes between Gemini and DCG leadership following November’s collapse of crypto exchange FTX, which triggered a fresh wave of industry contagion as funds stored on FTX were either locked away or missing. Genesis is reportedly on the hook for more than $900 million worth of Gemini customer funds.

How did it come to this? Here’s a look at the Winklevoss twins’ rapid rise in the crypto industry and the recent moves that led to a public spat between Gemini and DCG, the SEC charges, and an apparently vast hole in Gemini’s finances.

The Winklevoss twins received some $65 million in cash and Facebook stock in the 2008 settlement over the creation of the social media giant. After establishing family office Winklevoss Capital in 2012, the brothers began amassing large amounts of Bitcoin. The twins owned as much as 1% of the circulating supply of the leading cryptocurrency as of November 2013, according to the Washington Post.

They went from buying up a stash of Bitcoin to leading an investment round in BitInstant, an early Bitcoin exchange whose founder Charlie Shrem was later imprisoned for money laundering related to the Silk Road marketplace. Also that year, the twins attempted to launch the first-ever Bitcoin ETF (or exchange-traded fund), which was rejected by the SEC.

In 2015, the Winklevoss brothers opened Gemini, a cryptocurrency exchange licensed in its home state of New York. The platform expanded over the years and acquired NFT marketplace Nifty Gateway in 2019, ahead of the eventual NFT market boom in 2021. Parent company Gemini Space Station was valued at $7.1 billion as of November 2021.

Cameron and Tyler were deemed “Bitcoin billionaires” for the first time in 2017 (as chronicled in the Ben Mezrich book of the same name) as Bitcoin’s price surged to nearly $20,000, and Forbes currently estimates each brother to have a net worth of $1.1 billion.

But with the crypto industry in turmoil over the past several months, Gemini and its founders have faced new challenges. In June 2022, the U.S. Commodity Futures Trading Commission charged Gemini “for making material false or misleading statements” as it sought approval of its Bitcoin futures product, and Gemini laid off 10% of its staff as the crypto market tumbled.

Soon after, Genesis announced that it would suspend customer withdrawals from its lending arm due to the “FTX impact,” citing “unprecedented market turmoil” in being unable to continue business as usual. Genesis was Gemini’s partner for its interest-bearing Earn product, and Gemini said that it would have to freeze customer funds as a result.

In December, the Financial Times reported that Genesis held some $900 million worth of customer funds from the Gemini Earn program. Digital Currency Group—which owns Genesis, Grayscale Investments, and other crypto firms—is allegedly dealing with liquidity problems, according to Cameron Winklevoss, although founder and CEO Barry Silbert has assured investors otherwise.

At the start of 2023, the private negotiations between Gemini and Genesis spilled into public when Winklevoss penned an open letter to Silbert. In the letter, he accused Silbert of “bad faith stall tactics” towards finding a resolution to the dispute over the funds, suggesting evasive tactics on the part of the DCG head. Silbert denied the accusations.

The allegations intensified on January 10 as Cameron Winklevoss called for Silbert’s resignation, suggesting misrepresentation and accounting fraud at DCG. The company responded by calling Winklevoss’ claims “another desperate and unconstructive publicity stunt” on the part of the Gemini founders, which it said were “solely responsible for operating Gemini Earn and marketing the program to its customers.”

Gemini then announced that it had officially terminated its Earn program, which it said would force Genesis to pay back what it said is over $900 million worth of customer funds that it holds. The program had operated for nearly two years in partnership between Gemini and Genesis.

That situation remains unresolved as of this writing, but now both Gemini and Genesis both face a new hurdle in the form of the SEC charges related to Gemini Earn. The agency alleges that the firms sold unregistered securities to customers, raising billions of dollars’ worth of crypto in the process from hundreds of thousands of users.

“We allege that Genesis and Gemini offered unregistered securities to the public, bypassing disclosure requirements designed to protect investors,” SEC Chair Gary Gensler said. “Today’s charges build on previous actions to make clear to the marketplace and the investing public that crypto lending platforms and other intermediaries need to comply with our time-tested securities laws.”

In a tweet response, Tyler Winklevoss questioned the timing of the charges, saying that Gemini had been in discussions with the SEC for 17 months and that the program was regulated by the New York Department of Financial Services.

“Despite these ongoing conversations, the SEC chose to announce their lawsuit to the press before notifying us. Super lame,” he tweeted. “It’s unfortunate that they’re optimizing for political points instead of helping us advance the cause of 340,000 Earn users and other creditors.”

He added that “Gemini has always worked hard to comply with all relevant laws and regulations.” Genesis and DCG have yet to comment on the SEC charges.