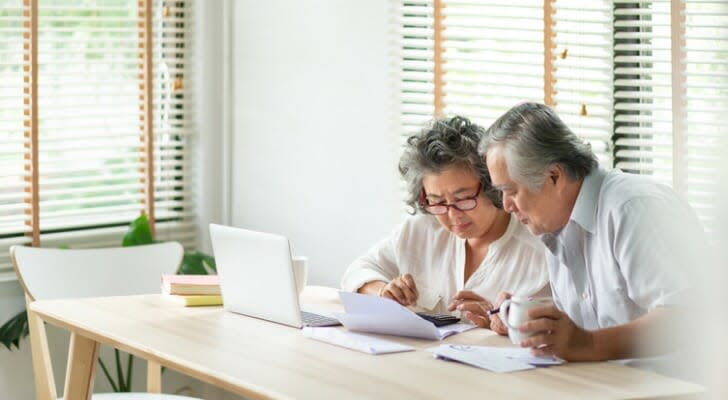 84% of Retirees Make This RMD Mistake

Though retirees are only required to take a certain portion of their retirement savings out as distributions each year, a study from JPMorgan Chase shows that there is likely good reason to take out more. A withdrawal approach based solely on required minimum distributions (RMDs) not only fails to meet retirees’ annual income needs but can also leave money on the table at the end of their lives, the financial services firm found.

A financial advisor can help you right-size your retirement income. Find an advisor today.

Using internal data and an Employee Benefit Research Institute database, JPMorgan Chase studied 31,000 people as they approached and entered retirement between 2013 and 2018. The vast majority (84%) of the retirees who had already reached RMD age were only withdrawing the minimum. Meanwhile, 80% of retirees still had not reached RMD age were yet to take distributions from their accounts, the study found, suggesting a desire to preserve capital for later in retirement.

Retirees’ prudence surrounding withdrawals may be misguided, though.

“The RMD approach has some clear shortcomings,” JPMorgan Chase’s Katherine Roy and Kelly Hahn wrote. “It does not generate income that supports retirees’ declining spending in today’s dollars, a behavior that we see occurs with age. In fact, the RMD approach tends to generate more income later in retirement and can even leave a sizable account balance at age 100.”

An RMD is the minimum amount the government requires most retirees withdraw from their tax-advantaged retirement accounts at a certain age. In 2020, the RMD age was raised from 70.5 to 72. The JPMorgan Chase study examined data that predated this change.

While most employer-sponsored retirement plans and individual retirement accounts (IRAs) are subject to RMDs, owners of Roth IRAs are exempt from taking minimum annual distributions.

The following retirement accounts all come with required minimum distributions: 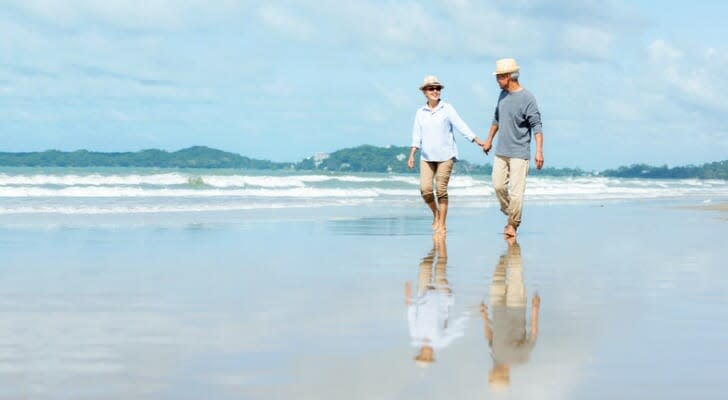 Using an RMD approach, a retiree simply sticks to the minimum required distributions each year. This strategy does have several notable advantages over a more static technique, like the 4% rule. For one, using actuarial statistics, the RMD approach factors in a person’s expectancy based on his current age; the 4% method does not. Also, by only withdrawing the minimum each year, the account owner will lessen his tax bill for the year and maintain maximum tax-deferred growth.

However, Roy and Hahn of JPMorgan Chase note that a more flexible withdrawal strategy tied to actual spending behaviors of retirees is more effective for meeting income needs and lowering the possibility of dying with a considerable account balance left over.

Assuming people spend more earlier in retirement than during their latter years, a withdrawal strategy should match this declining consumption, even if it means taking more than the required minimum distribution, Roy and Hahn wrote.

“On the consumption front, we believe the most effective way to withdraw wealth is to support actual spending behaviors, as spending tends to decline in today’s dollars with age,” they wrote. “Unlike the RMD approach, reflecting actual spending allows retirees to support higher spending early in retirement and achieve greater utility of their savings.”

Meanwhile, the same retiree would still have more than $20,000 in his account by the time he turns 100 if he limited his distributions to the minimum amount. A 72-year-old using the declining consumption approach would only have a couple thousand left over by age 100.

Though RMD approach may increase a retiree’s odds of being able to leave money to loved ones, a retiree who’s more concerned with meeting his own needs would likely benefit from an option tied to his declining consumption later in life.

A whopping 84% of retirees who reached RMD age were limiting their retirement account withdrawals to the minimums that are required, a JPMorgan Chase study found. This method may leave a retiree with not enough annual income than what is needed. A withdrawal approach more closely aligned with a retiree’s spending needs will provide more retirement income and lessen the chances that retirement funds will outlast the retiree.

The post 84% of Retirees Are Making This RMD Mistake appeared first on SmartAsset Blog.

2022-09-10
Previous Post: The Best Software Solutions and Tech Providers in the Franchising Industry
Next Post: This Gorgeous Santoku Knife Is Almost Half off Now